Bringing Drinking Back to Skiing

So there is this new thing going around on the facebook with pro skiers.  It is pretty cool.  Basically someone does a drinking challenge video tapes them self doing it then challenges two fellow skiers.  So far there have been some alright...ish videos.  However, we here at the CRB are never satisfied and think you guys need to step up your game.  Here is a recap of what we have seen, see if you can see what is missing.

Dylan Schaffer gets beer poured off a balcony all over him then chugs another beer.  He goes on to challenge Storm Selsor and Ben Stadlbaur.

Ben then dresses as a communist Borat...like legit Borat thong and communist hat.  Props on the costume bro.  He chugs a beer out of his jump binding and challenges Oskar Vikstrom and Claudio Kostenberger.

Claudio then shotguns a beer and ices himself...all while in his little euro undies.  We get it dude, you aren't fat like us and can rock that shit.  He in turn Challenges Zack Worden.

Zack is out enjoying a leisurley day golfing, he shotguns a beer and drives the empty can down the fairway.  What is golf the new off season training?  Zack Challenges John Mommer.

Well this goes on and on.  We also saw a video of Tony Lightfoot talking shit about people using crappy cameras and he chugs a HUGE 8oz beer with a Mic in his hand.  Poochie seemed to chug a beer at a restaurant.  Rocketman and Igor Morozov chug a beer out of slalom ski boots together.  Now you may be saying, "CRB nothing is missing here, people are drinking what else could you want?"

WHAT ELSE COULD WE WANT?  You guys are missing a very important fact here.  You are all WATERSKIERS.  None of this drinking actually involves skiing.  A couple of you drank out of bindings, I guess Tony did what he does in skiing...talk on a microphone.  But we wanna see this involving some skiing!  We wanna see you pussies his 3 ball and down a Old Milwaukee.  How about throwing back a shot of Jack while your soaring through the air over a jump ramp.  We would accepting chugging a beer with some tubing.

So here is the deal skiers of the drinking challenge.  The CRB challenges you to step up your game, get some water activities involved.  Live up to your reputation as skiers.  This dude just called, right after he picked up this babe barefooted away and chugged a bottle of Wild Turkey, he said step up your game. 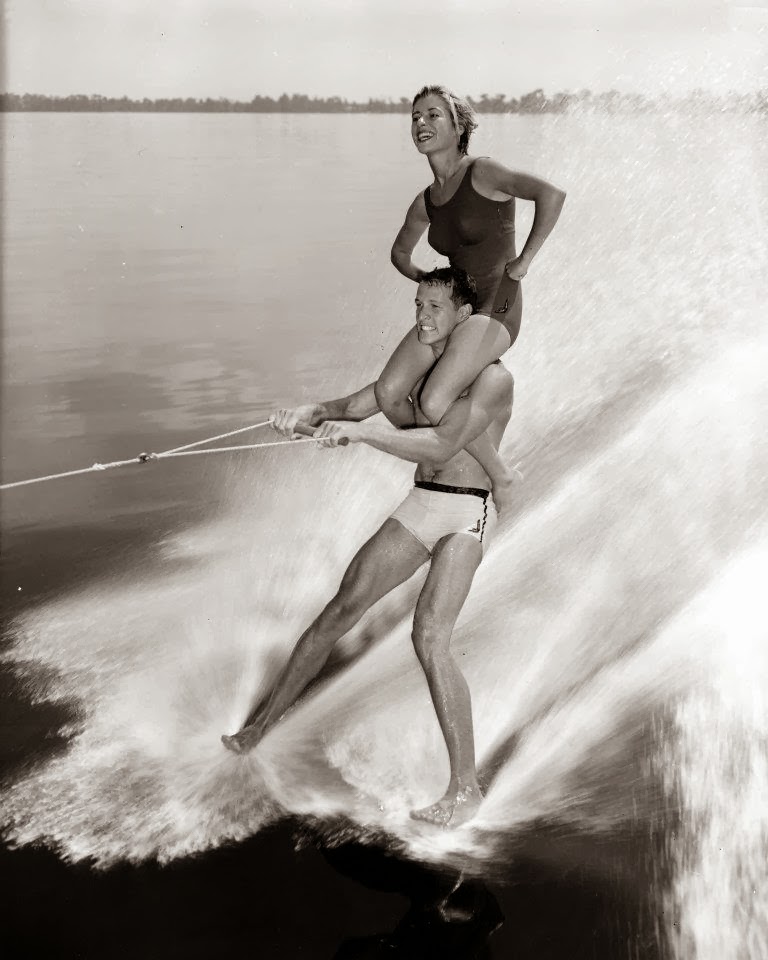 By CRB Minion Reincarnated at February 11, 2014
Email ThisBlogThis!Share to TwitterShare to FacebookShare to Pinterest