Putting An End To The Arbitrary Time Frame Of 2021

Funny thing about the covid world that we live in now days, time doesn't really seem to matter anymore.  Things happen, you move on.  You catch the rona, your down for 10 days, you go back to work. Those 10 days are just lost to the whims of the great magnet.

Everything now just feels like a never ending time sludge.

We are wearing masks.  Then, well, looks like we got on top of it, maybe we can go back to normal.  Our sports are back and stadiums are full and things are great!  Waterski events, well, nothing changed there...as we don't have events where people go anyways, but, then, Boom, the flight craft variant comes along and we are all back to wearing masks again and trying to find testing sites and hoping our quarterback or point guard or whatever is able to play in the playoffs.

We were talking in the CRB office about what concerts we saw this year, and came to realize shows we saw two, three years ago seemed like we saw them this year.

Early 2020 we saw a dead cover band in san diego, and that was the last show we saw until we saw dead and company at wrigley this summer.

That was, what, a year a half gap that just got folded up and tossed away, time doesn't matter.

In our head it was, yeah, we saw the black keys early this year (note, we did not, that was 2019), then saw the dead then guns and roses then kings of leon and then your mom.

So its either getting older and time just goes by or this world we live in now is so strange that we look at the passage of time through a different lens. 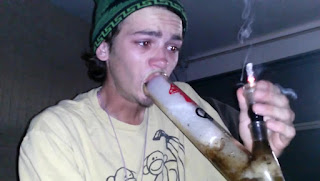 Anyways, now that this random construct of time that is given a number is about to switch over to a new certain number of days and given a different, yet slightly higher, number, we thought we would ask a few people in the office if they thought about making changes in their life for 2022 that they will immediately forget about, not do or laugh about later on like, "lol, like i would STOP micro dosing before dropping the kids off at day care, you fool" 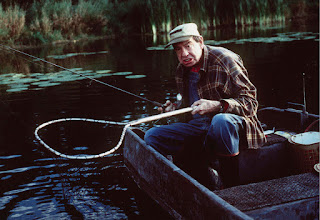 "Why would I need to change anything, everything i do is perfect, i have never made a mistake and therefor do not need to alter my life in one way, but, fine whatever here are my resolutions for 2022"

4) Get this fishing hook out of my finger

ODBF is one of simple pleasures and outlook 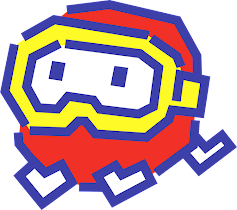 "As the CEO of CRB INC, a multi-national zillion dollar a year enterprise, which some refer to as a financial rocket ship with a trajectory heading straight up, it is also important to take inventory of ones life and methodically remove the bad, emphasise the good and continue to strive towards excellence and efficient use of ones limited resources, and as such this is a list of items to enhance that effort"

2) Continue efforts to replace my own blood with a synthetic organism that enhances both sexual vitality and allows the human body to effectively operate at extreme levels of focus, temperament and passion.

4) Be nicer to squirrels

5) Full and complete transformation into a xenomorphic scrote pod

"I'm the best ever. I'm the most brutal and vicious, the most ruthless champion there has ever been. No one can stop me. ED 209 is a conqueror? No! I'm Alexander! He's no Alexander! I'm the best ever. There’s never been anyone as ruthless as me. I'm Sonny Liston. I'm Jack Dempsey. There's no one like me. I'm from their cloth. There is no one who can match me. My style is impetuous, my defense is impregnable, and I'm just ferocious. I want your heart! I want to eat his children! Praise be to CRB!"

Ed note: Rowboat Abides was the sites original organism. In the time since things have changed.

"YOUR POWER AND DESIRES ARE USELESS, I HAVE ASCENDED TO A HIGHER PLANE OF EXISTENCE, NO LONGER BOUND BY THE LIMITATIONS INHERENT IN THE HUMAN BODY I AM ABLE TO TRANSCEND THE LIMITS OF TIME, SPACE, DIMENSION AND YOUR MOM
THIS EXTREME LEVEL OF METAPHYSICAL INTERDIMENSIONALLY HAS NOT ONLY ALLOWED ME TO LEAVE THE CONSTRAINTS OF THE SUFFOCATING EARTHLY INHABITANTS BUT ALSO TO ACHIEVE  A LEVEL OF REALIZATION AND INCENDIARY SPIRITUALIZM THAT HAS RENDERED ALL A LEVEL OF NOTHINGNESS YET COMPLETENESS THAT CAN NOT ONLY NOT BE DESCRIBED BY THE SIMPLE HUMAN ALPHABET BUT ALSO WOULD CAUSE MASSIVE INTERPLANETARY AND INTERDIMENSIONAL DESTRUCTION WHICH WOULD RENDER THE ENTIRE PLANE OF EXISTENCE INTO A COMPLETE VACUUM OF LIFE.
ALSO, I FINALLY LANDED A WAKE 180
HERE ARE MY RESOLUTIONS, WEEP AT THEIR PERFECTION AND SOUL BONERING WISDOM"
1) UNLEASH UPON THE HUMAN RACE A SUBSTANCE THAT HAS ZERO FRICTION
2) FIGURE OUT HOW THE HELL ALMOND MILK IS MADE
3) CONTINUE ASCENT TO BECOMING THE ONE TRUE ALL-BEING, MASTER OF TIME, SPACE AND DIMENSION
4) ELIMINATE FISH 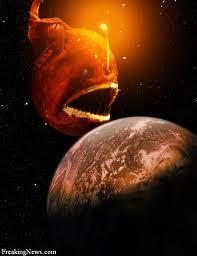 "AS YOU WISH COSMIC ASS FISH, WE WILL HAVE AN INTERDIMENSIONAL WAR FOR THE SOULS OF ALL LAKES"
Sally from HR

"In my job as head of HR for CRB, there are many challenges and obstacles to over come, mainly because everything at this place is so centered around cold cuts, snacks and miller high life that trying to maintain a functional work environment for the employees to succeed can be tricky.  That being said, the 20 hour work week with mandatory wakeboard wednesdays and use of the company's fleet of ski masterbus contributes to quite the work/life balance.  Below, however, are a few things I would like to do to become both better at my job and a more rounded human being and partner for my partner"
1) Take a deep breath when I am feeling angered by a situation or person, try and empathise with their situation and not take it personal
2) Would really like to get back into my rosetta stone spanish lessons, i feel like being able to speak a second language would aid both in my work and life and open doors professionally that may be closed now.
3) Really try and get out and jog 2 or 3 times a week, I feel like the exercise would aid in both my physical well-being but also my emotional well-being and general demeanor.
4) Help rowboat abides fuck up that cosmic fish!
Here is to a kick ass 2022 with way less covid nonsense, way more afternoon beers and to finally someone, somewhere, hitting a double whirleybird!!

Lets Cool It With The Christmas Music - A Solution

Lets get serious here for a second or two.

Yes, the last few years have been rough, the Covoid Era, its been a few years right?  At least a couple, a year and a half...a decade?  Who knows now anyways, and whatever, it doesn't matter, its been long enough that between the time the first case of covoid happened and today we have got married, had a few kids, got divorced and lost the house because of, as some would call it, "extreme arson" and "revenge plot" and "contract killers" and "just really shocking buffoonery".
Which sounds scary and awful, but, its not what you think.
We borrowed a very large sum of money from real shady loan sharks and didn't pay them back and they burned down our house in an attempt to kill us in a revenge plot.  Oh, that is what you thought?  La-De-Da smartypants.  We do not appreciate that sort of attitude.
Never the less, between all that above and politics, shootings, the aforementioned revenge plot, the "supply chain" disruption, everything else crummy in this world, we do need to focus on something important.
Christmas Music.
Yeah, I Said It.
Christmas Music.  We've had enough and its time for it to GO!
"All CHRISTMAS MUSIC?", you say outloud to the person next to you at the bar at an applebees (wtf are you doing there btw), "How dare you even say such things?"
Pretty easy really, just use your mouth to say them outloud or possibly your fingers on a keyboard to type them out.  These are things we learned a long time ago, surprised you needed clarification as to the nature of human communications.
But, no, of course, not ALL christmas music.
We aren't heathens over here.
However, we have to have some sort of system in place to weed out the bad, some sort of classification system maybe to keep us from all becoming grinch like characters around the holiday season...In a way, modern christmas music is alot like modern country music.
There is no filter to keep the bad from popping up and spoiling it.
Any idiot can sing a song over a guitar, wear a cowboy or trucker hat, talk about a pick-up and call it country music and a wide swath of idiots in this country will eat it up.  There are two big culprits here, Hootie and the guy from Staind.  Think about it, and you know we are right.
Its the same for christmas music in a way.
I'm looking at you Martina Mcbride and Katherine McPhee and Christina Perri and the cast of Glee and Harry Connick Jr and you get the idea.
You present this in the sugar sweet box of christmas and family and love and celebrating the season and really your just an opportunistic capitalist vulture tearing shreds of money off the christmas carcass for your own self interest.
AND ITS GROSS!
On top of all this is the amount of time we are exposed to this, it started this year in our neck of the woods the day after thanksgiving...ITS NOT EVEN DECEMBER YET! 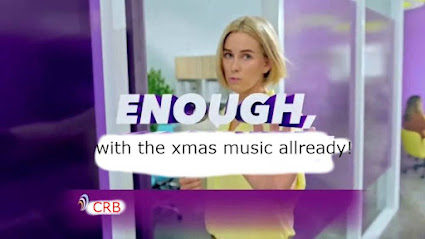