Lets Have A Quick Discussion About This Waterski Magazine Article

In the last issue of waterski magazine there was an article where they attempted to get the root of, or, figure out ways in which to make our sport more popular, more available to the public, to..we dont know...point out problems in our current model of promoting our sport.

This concept, the idea if figuring out ways to increase our sports mainstream consumption is something that, really, is at the core of what we like here at CRB, and we commend the dead tree publication of at least taking a look at something that we have all known for years.

To that end, we are going to take a look at their "solutions" and discuss them.  Like grown ups.  We have shown love to Waterski Mag, and as always this is not to tear them down, but, to help out.

Shine light through the cracks, so to speak.

And this may take awhile, because lord almighty is there some nonsense that we need to look at. 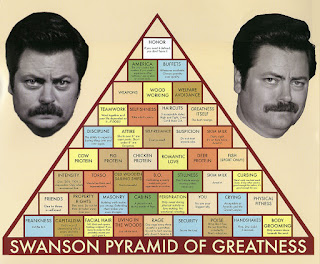 1)  Rebuild from the top down.

Steve Garcia is the first person they talk to, who was an organizer in 2013 under 21 world championships and soaked orlando.

His solution is, basically, to do away with IWWF because they charge to much, up to 200,000 dollars to put on a tournament, and instead rich parents need to pony up so we can have tournaments.

who gives a damn about the IWWF?  You want to run a tournament, do it.  Dig up sponsors, find a bad-ass location (note: not in the middle of nowhere, where no one can see it) and kick ass

Find rich parents to put in money.  just no.  This isn't u-14 soccer, this is not a country club, this isn't that shit.  Rich parents are a stain on the sport, on any sport, on anything, because they are going put in money and expect certain things.  Thats not competition, thats an exhibition, and thats bullshit. 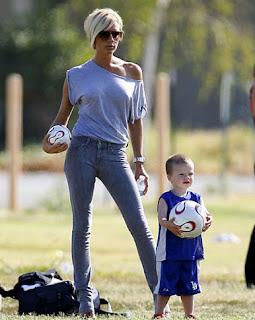 Greg Davis, founder of the Big Dawg tournament...Which as an aside, is the best thing that has come to waterskiing in the last 20 years, so his opinion is important, and its...

Oh, billy can't run 22 off.  So what, sack up and keep trying.  If you want to make a sport something that means nothing then make the rules different so that people who can't hack it may feel good.

This is the 'get a trophy for showing up' thing, and while its not the worst thing in the world, its not good.  The full quote is basically, we are afraid of losing people who can ski because they can't hang.

Maybe, we actually don't have good skiers skiing, and therefor, we don't need em anyways.  Lets expand our minds and find skiers who are actually good and can hang with the rules that have been in place for years?

I.E, maybe Bryce who can't run 22 off at 36 MPH isn't any good, and we shouldn't bend for him, but, Lamar who can do it, and doesn't need training wheels should be promoted.

This takes the argument into a whole different aspect, debating the money vs non money and accessibility of our sport, but, we would venture a guess that there are many kids out there that would crush 90% of our current skiers but, they don't have the access that we do

Unpack what you need out of that statement. 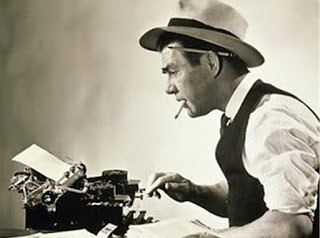 This is the most 100% accurate part of this article.

Find people that are interesting, good and a fun story and promote the shit out of em.

We currently have phenomenal skiers and great personalities in our sport and if we, CRB Video?, were able to produce a tournament, or an event or a series, goodness...we would..just judging by twitter, have some fun people to utilize as springboards.

There are people out there worth promoting and worth exploring their story.

It takes work!  An in depth story on April Coble would be fascinating, but, no one does it.  Where does the desire to compete come from, putting on tournaments, working this hard in your 40's?

My god, Marcus Brown is a 30,000 word story on his own!  We have personalities out there that no one taps into, utilizes, explores...coming from a journalistic-ish background its disappointing, to see usa waterski, waterski mag, etc, ignore this aspect...its frustrating. 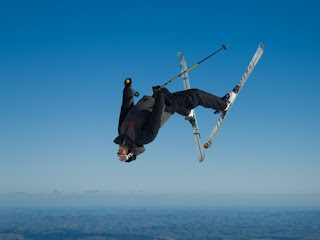 Ignore the concept of this part, because it, again, is wrong in execution, but, correct in concept.

The premise is that downhill skiing has twin-tip skis now and are easier to ski on and its taken a bite of our snowboarding, taken those people back into skiing.

Your re-arranging the same pie.

The idea is sound.  You want to find something that brings outsiders into the sport that wouldn't normally consider themselves waterskiers or wakeboarders.

At least, we hope thats the idea.

What you want, again...AGAIN, is to make our sport accessible to people that would have the means or opportunities otherwise.

We have that already with wake surfing and wakeboarding.  Two relatively simple aspects of our sport to get into.  Not saying they are easy, but the learning curve is easier.

And look, mr. slalom asshole.  Your the one who makes entry into slalom hard.  Just like its hard to get into playing guitar.  You deal with so many assholes who have some weird vested interest in their own smarmy outlook on their own patch of land you feel like an idiot for even trying.

Twin tips could, theoretically mean, access to sport.  Welcome people into your world.  Yes, your boat and ski are set up just right, but, welcome someone who has no idea what they are doing and allow them to fail and flail with your support.


The lifestyle of a waterskier should never be one of exclusion but inclusion, you should..YOU!  should always embrace people in your warm blanket of love and help.  We have a unspoken responsibility to help that we should take serious. 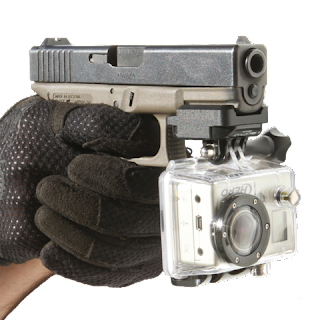 Jeff Hymes, basically, said we should all video our skiing and post it online so people can see it.

Thanks Jeff.  That helps

"media is consumed differently, kids and phones"  Boom.  thats it.

No shit dude.  This is already happening and if we are to be so bold, waterskiing and winter skiing is the pioneer of that exact architect of the form.

The CEO of go-pro is an avid surfer, and thought up the idea for mobile mounted cameras whilst on an surfing vacation, some of the best videos go-pro has (not really go-pro, but, mobile cameras) are either on water, on snow, or on a motorcycle...this is an avenue that the people who are the future of our sport are already well versed in.

There, however, is no actual outlet for this creativity .

Sure, facebook and twitter and such provide an outlet, but there doesn't seem to be a real END GAME for waterski stuff.   You will never see Nate Smiff crushing a 41 off pass and someone yelling WORLDSTAR WORLDSTAR! in the video.

Unless Nate Smiff takes off his ski and baseball bats some dude eating a burger on shore talking nonsense.

Lets be serious tho, worldstar is not something to aspire to, but, someone skiing a 28 off set for the first time ever at the Wyoming Open doesn't get love on any waterski related media platform.

If it isn't slaloming, waterski magazing doesn't care...if its not wakeboarding, alliance or whomever doesnt care...but..

BUT!!  Thats social media.  its a democracy.  If its cool, people see it.  If not?  people don't  There is no blame.  Just, simply, the power players need to step up their game to help. 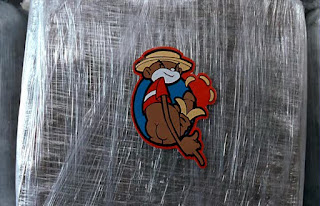 Turn our top people into stars and our participants into fanatics.

note: this part was done by our beloved THE KRISTA, and we love her.  So, it hurts to say this but.

lol.  nothing we agree.

However, the deep concept, that she is refering to is simply this.

Young quarterbacks don't aspire to hang with Aaron Rodgers or Tom Brady, maybe they do, but, they aspire to kick their ass on the football field.  To be like them, to dominate like them, to be the best the sport has to offer.

The best thing that has happened to our sport in the last, shoot, 20 years?, since the Coors Light thing on ESPN, was Freddy on the X-Games.

GOD DAMN it was cool!  People who had no idea about anything came up to me and asked what that was.

That was, however, Freddy on a national stage, on tv, being the top of that pyramid.

We are Freddy's age, and still want to do what he does, be like him, have what he has.

Thats what, we hope, THE KRISTA meant.

There was other stuff of clinics and cross-country tours and whatever.  But, we need the bell-cow type skiers to inspire and drive us all to stay connected to our industry, to buy the shit that our companies make, to make this not just a hobby, but a lifestyle.

We have kayaks and fucking $200 paddles, cmon!  We tip over trying to even get in and will probably drown in 4 inches of water!!

We can support our own bad ass skiers and stay involved.  The point being that there is a hierarchy of people that we can aim towards.

In life, motivational speaker type people will tell you to set smaller goals that you can reach because that keeps you engaged in the process and keeps you from getting discouraged as you move along.  Something like A instead of B

A. Vacuum the living room.
B. Take control of infrastructure improvements on the nations toll-roads.

If B. is your first goal, well son, you are going to get really bummed out really quick.  But, if A. is the first of your goals, you may achieve that today.

Well, you got close!!

We can't be Freddy or Jacinta right now, but we can build a system that allows us to be apart of it all and they are part of it as well.

We were told once, on our first lesson learning to surf.  "Kelly Slater started here as well, don't be discouraged"

"well, lets not get carried away"

"Nonsense!  Lets do this damn thing!!"

But, to that end, we all start somewhere and its good to have something to, and someone to, aspire to.

Freddy wasn't a world champ right away, and neither are we.  But, we can be part of it and enjoy it while it lasts

Promotion of our sport is not something that can be tackled that easy, its a systemic issue that really needs to be headed up on a high up level.  To that end, we need our leaders to put something together that we can all follow, a bread crumb trail that leads to higher places.

From our experiance, those people are in place in places like USA Waterski and with whoever else it is that runs Moomba and Malibu and the US Open and such, but, maybe we all get together and figure out a single strand that runs through it all that we can all grab onto and use our tentacles (arms) to grab others and bring them along.
By Dig Dug at October 23, 2015 2 comments:
Email ThisBlogThis!Share to TwitterShare to FacebookShare to Pinterest
Labels: CRB Long Form, promotion, support our sport, usa waterski, waterski magazine

Dan Olson did this at an event this past spring called Chain of Records.  Goal was to break the record for most wakeboard inverts off the wake in 1 minute.

By Old Dirty Bass Fisherman at October 15, 2015 No comments:
Email ThisBlogThis!Share to TwitterShare to FacebookShare to Pinterest