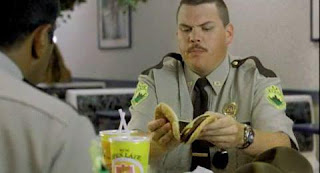 So, in thinking about this blog post, the phrase "Thats alot of Dimp" popped into our heads.  You know where this is from right?

If you don't know and can't figure it out by the picutre...well, please quit being a doucher.

Anyways, its the scene in Super Troopers where Ramathorn and Farva are at Dimpus Burger and he peels off his peel off thing from his drink, hoping to win ten million bucks, doesn't, and says, "Thats alot of Dimp"

Holy shit this is this most stupid damn lead-in to our point ever.

There, the cats out of the bag uncle rupert.

Look at this pic.  then see some more text below. 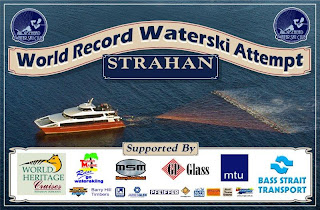 A ski team in not-america is attempting to set the world record for most skiers behind one boat.  They have a sweet video of it from their first, and record setting attempt, in 1986, here, and will be attempting to do it again later this month.

Well, spin on over to one of our bloggy buddys, Bfooter.com, for some more info.

Normally we take great pride in having witty blog posts, but, the damn stress of trying to re-upholster an entire movie theatre as a practical joke is taking its toll.

/jumps off roof
/fails to achieve flight
/crash and burns
By Dig Dug at January 15, 2010
Email ThisBlogThis!Share to TwitterShare to FacebookShare to Pinterest
Labels: not america, super troopers, World Record