Ok then, 2020 sucked and we are now in a new year, hell yeah, time for all the good shit to happen.
You are probably like, "hey, crb idiots, its almost the middle of February...2021 didn't just start and it is still kinda shitty!"
To which we reply, that is true and you are a god damn pessimist and we would no longer like you on our pontoon boat out here in the middle of the lake.  In the middle of February...in a northern state.
Where it is SO COLD.
Audience: "HOW COLD IS IT?!?!"
Audience: "hahaha, a Lazlo Holmes reference, I get that and that makes me chuckle...but, seriously, how cold is it??"
Its so cold even the mountains are putting on their snow caps!
Audience:  /Groan
Its so cold the Mail carriers watch out for both dogs and polar bears!!
Audience: "we paid for this shit?"

Fine fine whatever.
No more jokes about the weather.
Turns out though, nothing really changes from one year to the next, we have a different president, but, that doesn't REALLY change our day to day lives, other then maybe not getting as mad online and/or turning on the news and 1/2 expecting that we somehow invaded fucking Minnesota with our navy.
But, yes its still kind of shitty and even with the most optimistic brain it is still a somewhat dreary sludge through normal life.*
*however, if you work for CRB then every day is a glorious existence replete with many meats and cheeses and the finest coors lights.
To further that point we had to all go get covoid tests the other day because thats what we do now, go visit free strangers to have them jab q-tips up your nose and then hope you don't die..while also cursing the person that put you in that position in the first place!
Obviously in the world of sports there was drastic drastic changes, bubbles and protocals and fan-less games and the crushing existential dread of being a fan in the first place (go cubs)
But it did affect our little world of waterskiing.
Not as much with the 3-event ish side of things.  Something we have railed about for years (again not so much recently as the little bluetooth thing fell out of the computer and the keyboard wouldn't connect), but, that the tournaments and events are, while held at excellent sites, not held at places nor promoted (we believe) in such a way to attract the normie.
Average ass Joe isn't going to trundle the kids and what not 20 miles into the country to watch a bunch of hella talented people ski but, not have any clue why or what is going on. 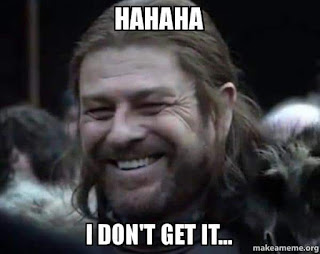 Besides all that, it appeard that most of the events went on anyways, because no one was there anyways and waterskiing in that sense is a very individual sport where social distanceing is...you know...like allready in place man.
/bong rip
They were all webcast in varying degrees of goodness.
Show skiing obviously is on the other side of things, where its very much a communal endeavor and therefor was quite affected. In so much that none of the competitions went on normally, no teams etc.  other then a sort of weak individual competition that..sure whatever.
But, so what.  2020 was a year of weirdness and by the time we all figured out ways in which we could be around each other sort of safely and do things it wasn't summer anymore anyways and it makes no sense to argue about the decisions that people made that they felt were in the name of safety.
The people that argue that shit in hindsight also do not belong on our pontoon boat.
Meaning, "oh, well, yeah we could have done that if we all weren't such pussies"
Hindsight is great you loser idiot.  Go swim in an above ground pool of lava and dicks.
Remember back in the early part of the summer, no one was really sure what to do, how to protect ourselves, how it affected the old/young...etc...we know more now, have testing all over and to retroactively critizise people is right near the apex of smug ass bullshiterism
Will 2021 be the same?
WHO KNOWS!
But it does feel as if we have gotten past the point of self-pity and can move along into a more healthy outlook.
So, lets ring in 2021 with a renewed outlook on life and waterskiing, more positive and more hopeful and maybe we all make it out the otherside in a better or at least, better adjacent place...and how?
By utilizing these three steps.
1) MORE WATERSKIING
2) INCREASE THE FUN SNACKS
3) HELL YEAH DUDE
Ok, Stephen King, figure out an ending.
LETS GET SOME
By Dig Dug at February 09, 2021 No comments:
Email ThisBlogThis!Share to TwitterShare to FacebookShare to Pinterest
Labels: 2021, BIG WATERSKI, hell yeah, meat and cheese, new year new beer
Newer Posts Older Posts Home
Subscribe to: Posts (Atom)