Giraffes are, probably, natures most perfect creation.  They are functional - long necks to get food in the trees, and they are adorable - funny faces, awkward bodies, spots.  The above picture, which we can't verify being 100% authentic, got us thinking...are giraffes actually good waterskiers?  Can they, in fact, cure grumpiness with a funny walk?

Lets learn some more about giraffes, take it away Wiki


The giraffe (Giraffa camelopardalis) is an African even-toed ungulate mammal, the tallest living terrestrial animal and the largest ruminant. Its specific name refers to its camel-like face and irregular patches of color on a light background, which bear a vague resemblance to a leopard's spots. The giraffe is also noted for its extremely long neck and legs and prominent horns. It stands 5–6 m (16–20 ft) tall and has an average weight of 1,200 kg (2,600 lb) for males and 830 kg (1,800 lb) for females. It is classified under the family Giraffidae, along with its closest extant relative, the okapi. There are nine subspecies of giraffe, which differ in size, coloration, pattern and range.

I KNOW!!!  Classified under the family Giraffidae???  NO WAY!!  Lets delve deeper into some giraffe facts and funny pictures!!!
All these facts are from here (link) 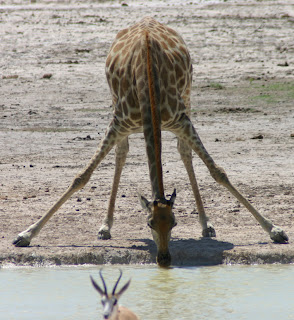 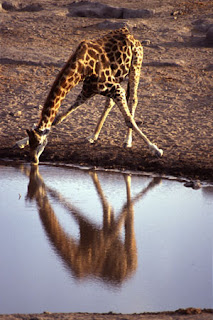 Have a four chambered stomach and will regurgitate their food for additional chewing – similarly to a cow. 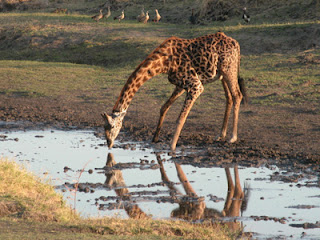 Typically get most of their water from the Acacia leaf, but will drink up to 10 gallons of water per day. 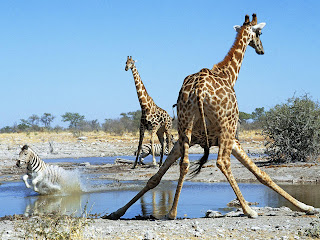 Although rarely heard, Giraffes can moo, hiss, roar and whistle to communicate with one another 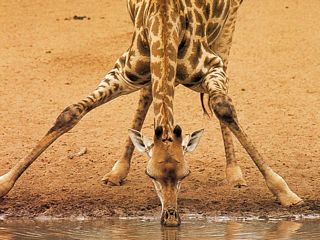 Have the longest tail of any land mammal – up to 8 feet long, including the tuft at the end. 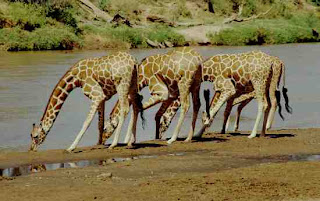 Ancient Romans and Greeks thought that the Giraffe was a mix between a camel and a leopard. This is where their scientific Genus name of "camelopardalis" comes from. 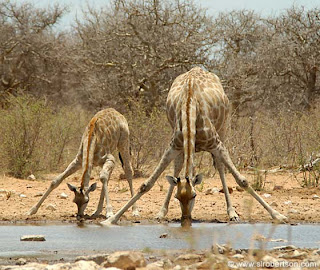 Their heart is 2 feet long and weighs about 25 pounds 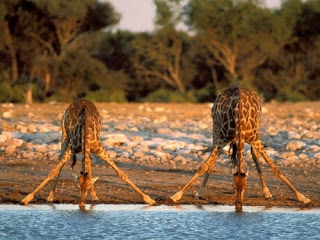 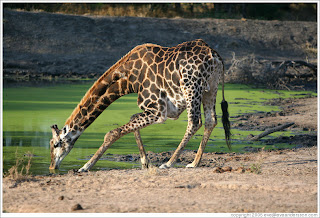 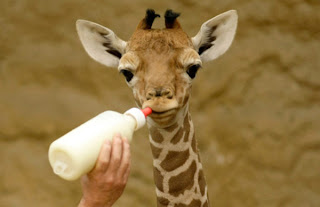 Jugular vein contains a series of one way valves that prevent the back flow of blood when the Giraffes head is down to drink water. This prevents the Giraffe from blacking out. 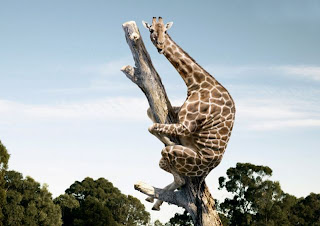 Oxpeckers(tick birds) are often seen "hitching" a ride on the backs of Giraffes. They help keep the Giraffe parasite free by eating ticks and other parasites off of the Giraffes skin. 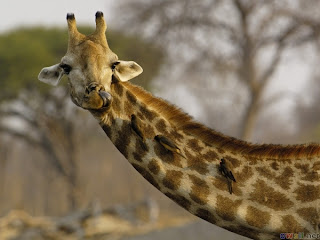 Have no tear ducts, although they have been seen crying 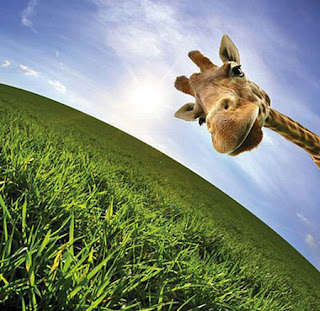 Have never been observed bathing 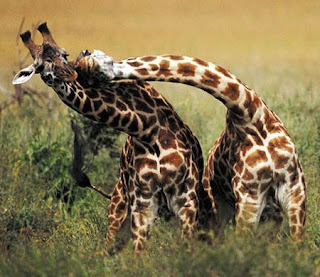 Mom Giraffes form a type of daycare for their young. One of the females in the heard will stay behind and baby sits all of the youngsters while the rest of the females go out foraging for food. 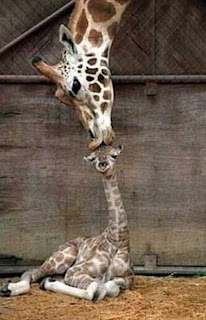 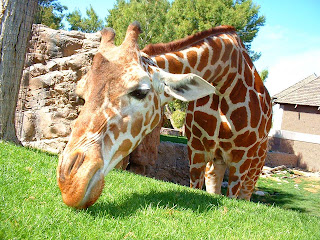 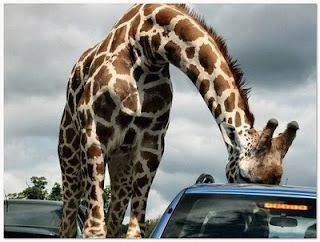 Usually only sleep 5 minutes at a time, when sleeping, the giraffe generally lies on the ground, tucking its front legs under itself, then curls its neck back and rests its head on its rump. 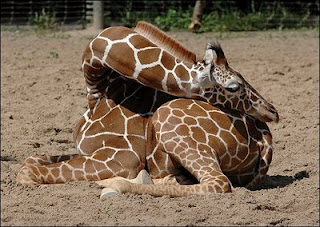 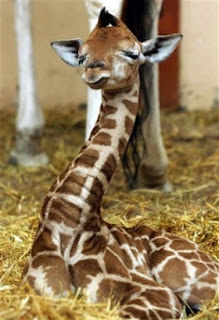 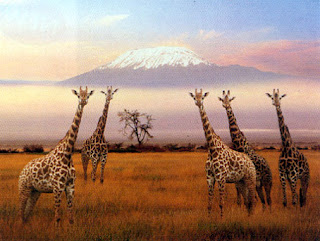 A giraffe has only two gaits: walking and galloping. Walking is done by moving the legs on one side of the body at the same time, then doing the same on the other side.[27] When galloping, the giraffe's front and hind legs work in pairs.

The animal brings its hind legs ahead of and outside its front legs. The front legs then move forward.[13] While galloping, the tail will curl up.[27] The head and neck also move back and forth to maintain balance and counter the momentum.[8]:327–29 The giraffe can reach a sprint speed of up to 60 km/h (37 mph)[32] but cannot sustain a lengthy chase. (wiki)

Thats incredible! Now, go share all these giraffe facts with your friends and co-workers! CRB Cares.
By Dig Dug at January 19, 2012
Email ThisBlogThis!Share to TwitterShare to FacebookShare to Pinterest
Labels: Giraffe waterski, Giraffes, knowlege, stuff we don't know anything about