**Editors note: ODBF seems to have woken up from a three year slumber and returned to the keyboard to yell into it.  What follows is our attempt to make sense of it"

The sport of water skiing is missing a HUGE opportunity. 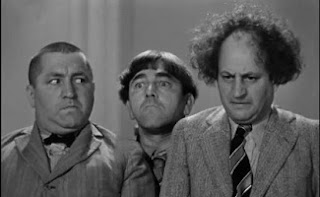 How should we take advantage of this crisis?  DO NOTHING YAY

Yes, there are lots of great people in the sport, but JFC, how hard is it to at least let those of us that give a shit about the sport know what is going on? Post some useful info, ideas, something...anything really that helps keep those of us that try to follow this sport in the loop.

Seriously, is the end goal of our sport to be a couple rich people skiing in their backyard lake with no one watching?  Cuz that's where we are right now, so

YAY WE DID IT, NO ONE GIVES A SHIT ABOUT OUR SPORT ANYMORE.  Champaign all around! 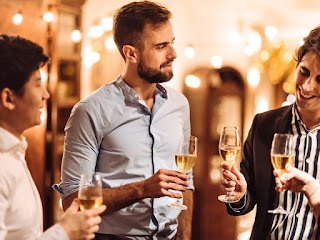 We have killed the sport, lets party

Or...we could try to get people to watch our sport again, bring money into the sport instead of bleeding all of the companies that try to hack it in the ever shrinking world of skiers.  I understand this has been a crazy year for everyone, but all the sudden lots of people have a bit of free time and they are turning to the internet to fill the void left by not going and sitting in their cubical while trying to stifle the urge to kill that dip shit Karen from accounts payable.  JFC SHUT UP KAREN!!!

So this is a big opportunity for the sport to get some eyes checking out our sport online.  I mean, I, like all of you, have spent the entire quarantine watching all the awesome old ski vids and virtual tournaments run being posted on social media by the powers that be.

Whats that you say?  None of that has actually happened?  The powers that be have dropped the ball...again?

I don't know who those powers that be are though... USAWS?  The individual sports divisions?  Someone in the sport with a large social media presence?  Hell, maybe I should be bringing this up at the CRB headquarters.  Maybe we should try to take a lead in this if no one else cares enough to do it.

This really is not that complicated, there are a shit ton of smart people that love this sport, UTILIZE THEM.  A few ideas I just came up with, just spit balling here:

Virtual Tournaments.  So we are not supposed to gather in groups, which is smart, I am in no rush to kill my parents or your grandparents.  The bare footers have found a way around that, LINK, so the other disciplines could easily do this as well.  I know access to courses and jumps is an issue, but try something!

Virtual coaching.  There are a bunch of these out there already, LINK, but it could easily be promoted by USAWS or any other large group for that matter.  Think about all the training opportunities skiers are missing out on right now.  Usually college kids would have been practicing and going to tournaments with their teams all spring.  Well that was not an option, but think if skiers could have submitted a video of themselves running the course, or working on a new trick and someone gave them a bit of remote coaching.  It keeps them interested and helps them advance.  I would bet ever last cent in my bank account ($15.34) and a box of Cheeze-its that some of the very talented skiers that have torn up the lake at an NCWSA tournament would have been happy to donate a bit of time to give a bit of advice for free.

I am pretty happy with that last idea, hell, we should be doing that right now anyways.

By Old Dirty Bass Fisherman at May 27, 2020
Email ThisBlogThis!Share to TwitterShare to FacebookShare to Pinterest
Labels: ideas, ODBF Rant