If you are old enough to remember when there was commercials for things other then cars and ear wax vacuums on tv, Juicy Fruit (which is a gum...in the shape of sticks....at the store) which had surprisingly suggestive lyrics to their jingle that, maybe, on the surface didn't mean much, but, once you listened to them closely you thought...boy...that sounds an awful lot like a blow job scenario.

But, what was fun for people like us, was that they had one of their commercials they had it staged in a sort of waterski setting.  To set the stage, envision and rolling band of maniac waterskier types showing up at the perfect waterski site and enjoying a fun day on the water, skiing, chewing gum and singing moderately suggestive jingle lyrics.


Right off the bat, we see our rolling band of waterski gypsies heading down the road for a fun day on the water.  Of note, check out the car in the foreground.  What the hell is that!!??  Also, if our memory serves us at all correctly, that is approximately a mid 70's era Jeep CJ-5...which, when new had a 360 inch V8 engine..more then enough power to tow around what appears to be a ski nautique. 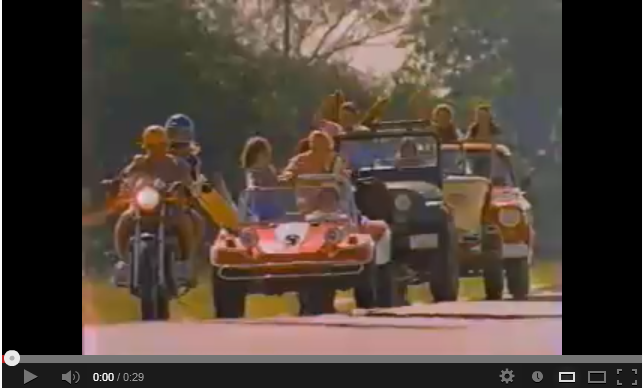 So after our scene is set, and with the understanding that we have these suggestive lyrics, lets get to brass tacks.  BOOBS!!!!! 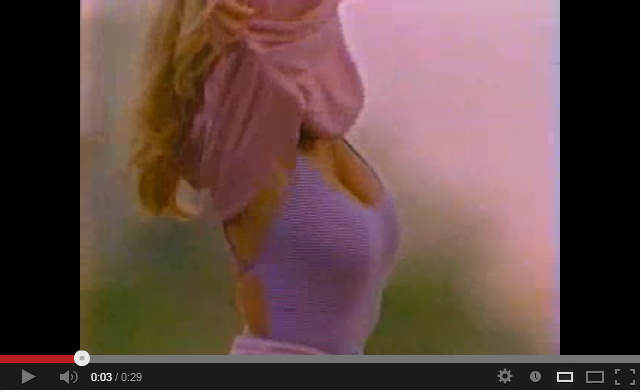 Our rolling band of waterski gypsies have arrived at the lake.  Lets assume that this is taking place at this blond guys private lake, because you will notice he is the one who seems to have brought the gear.  Of note: they appear to be the Cypress Garden brand skis from back in the day.

But, more sinister, if this is his private lake and he brought all these pretty girls out there and with that look of a predator...who is to say that he hasn't roofied the Juicy Fruit??  We may need to pay attention to this as our commercial wears on.  Is blondie in this for altruistic reasons or is he in this for nefarious gains? 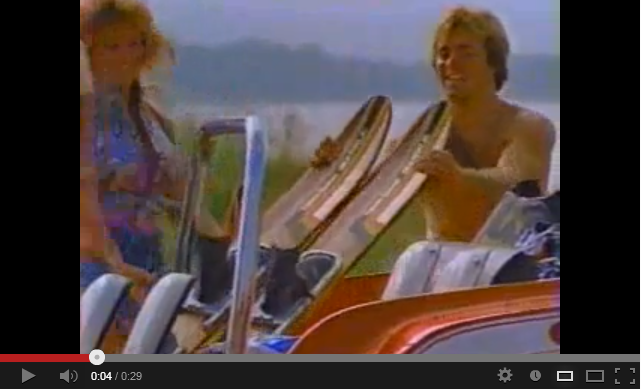 I would like to present this into evidence your honor.  The possibly tainted Juicy Fruit pack makes its first appearance in the 7th second of the commercial   7th second???  7 Deadly sins???  Is this all a coincidence?

Its tough to say.  The pack looks normal, but, its alleady open.  Which allows for a certain amount of ambiguity  did Blondie open it to put in his devil drugs or was he being nice? 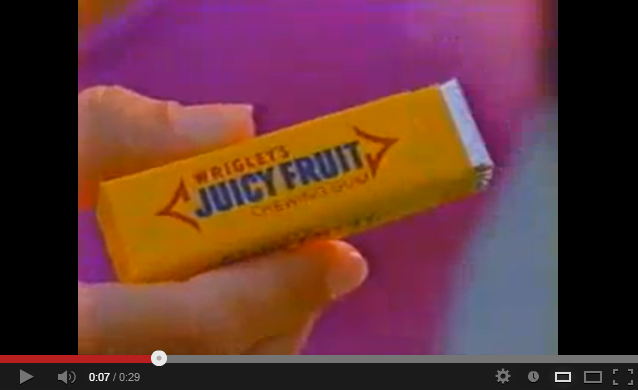 So, now we get to the hot hot waterski action and our first real look at the skiers is a guy doing a pretty decent hop dock.  Nothing really to see here.  Has pretty decent form, his shoulders could stand to be a bit further back, but, notice his buddies behind him cheering him on.  Looking good BROmetheus!!! 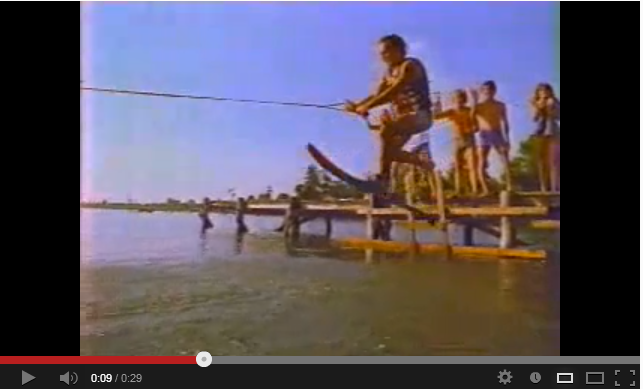 Next we move to the trick skiing side of things, watch as our short shorts guy does a sick back scratcher!  Patrice Martin would be proud!!  But, let turn out thoughts back to Blondie, would he be trying to drug the guys?  Probably, wouldn't want any witnesses, so, maybe this is the best he can do under the circumstances, for example, his normal back roll to revert turns into a back scratcher.  OR, maybe he is just doing some sick grabs to impress the babes...you guys. 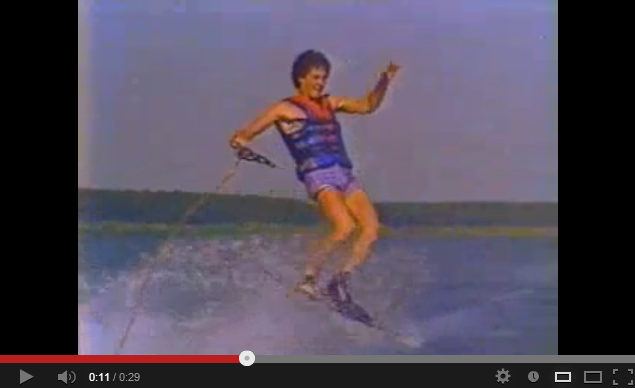 At the 12 second mark, we see what appears to be hop dock guy, now on two skis, probably jealous of trick ski guy, getting his own sick air off the wakes.  You can go to hell if you dont think jumping wakes is fun as hell.  If you, YES YOU, think jumping wakes is not fun.  You hate waterskiing, you hate America and you hate life as we know it.  You need to move to Chile. 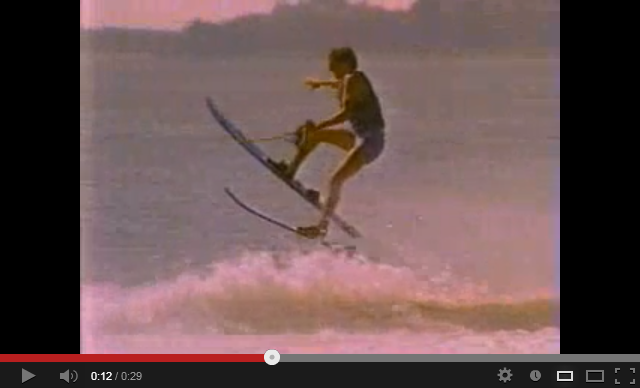 HOLY SHIT, is this the girl from the movie "The Crow"???  She is off her skateboard!  Out in the sun having fun and chewing on some Juicy Fruit!  What a step up for our girl!

But, is this part of the sinister scheme of Blondie?  OH NO!  She is now ingesting the devil drugs that will turn her into a godless whore!  Lets hope they are strong enough to fight the power. 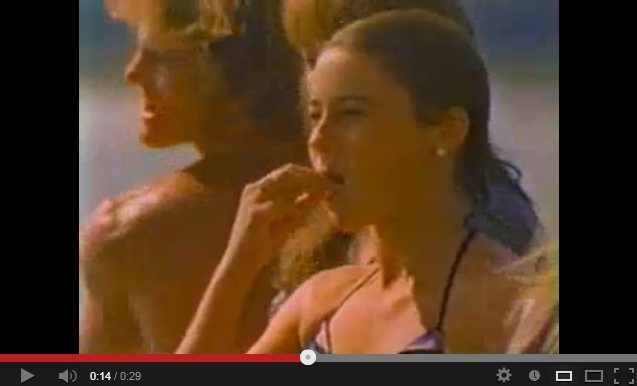 Oh, now, lets revisit the suggestive lyrics of this jingle.  "Take a sniff, pull it out, the taste is going to move you when you pop it in your mouth!"  WHHHAAAAA????

They are talking about oral sex now aren't they?  Maybe its to hard to understand, lets go Perez Hilton on this to give you a descriptor of what is going on here at the 16 second mark. 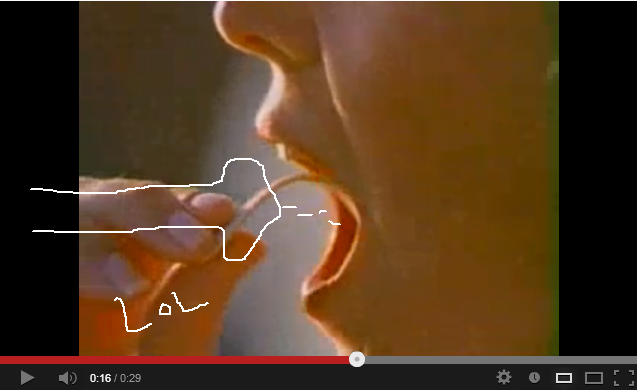 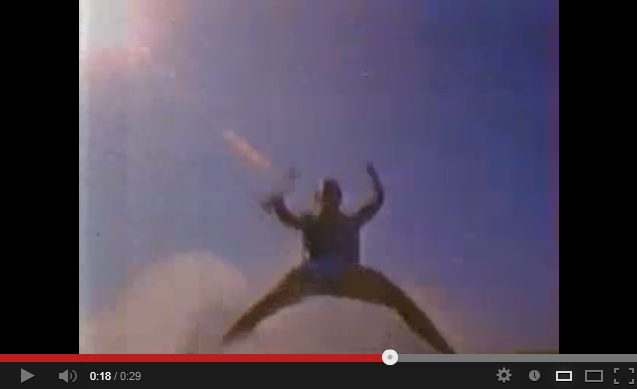 It appears though, that Blondies tactics may be working as one of our girls as she takes a huge digger at the 18 second mark.  Has she fallen prey to the drugs or simply just got a little sideways on her wicked double wake cut??? 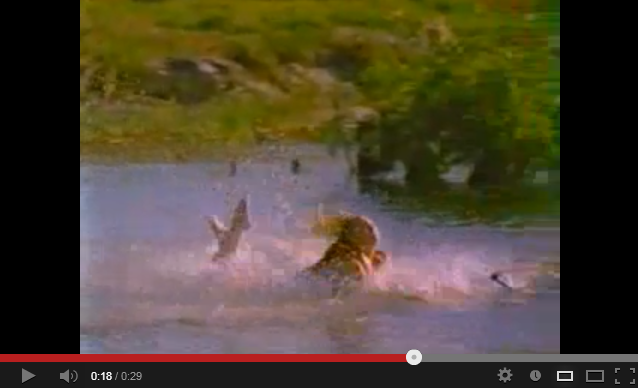 AWW YEAH, Back to wake jumping again at the 20 second mark.  Dude is getting some pretty good air!! 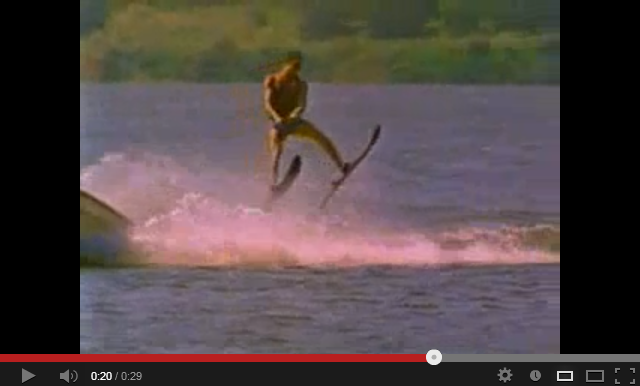 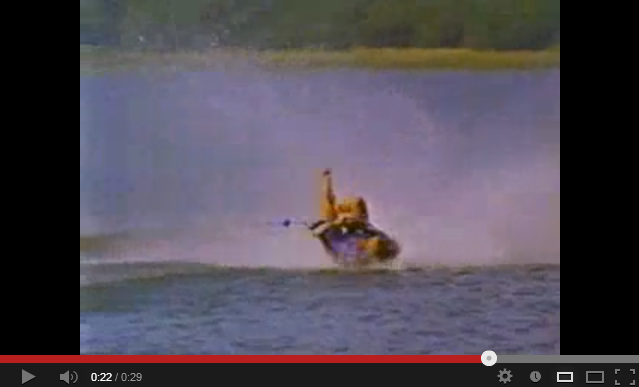 Tell me that this doesn't look like Mike Seipel!!  Mike Seipel does NOT mess around with your devil weed and narcotics, he is here to chew some damn Juicy Fruit and kick your ass on the water.  You don't like that?? IF YA SMELLLLLLAALALALALALALA  WHAT THE SEIPEL IS COOKING!!!!!! 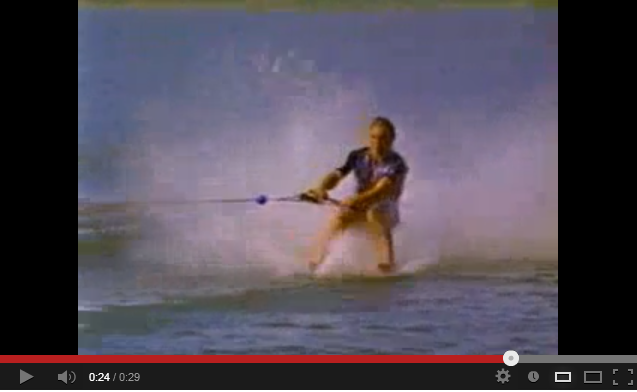 Well, maybe all of our concern is for naught, it simply appears that everyone had a great time on the water.  At 24 seconds into our video you can see our trick skier from before at the end of a triumphant run kicking his ski out from under him for a big ass splash on his back.

Good on you sir, good on you.  You deserve it, you probably made a whirlybird to blind didn't you, yes you did you savant of the kidders. 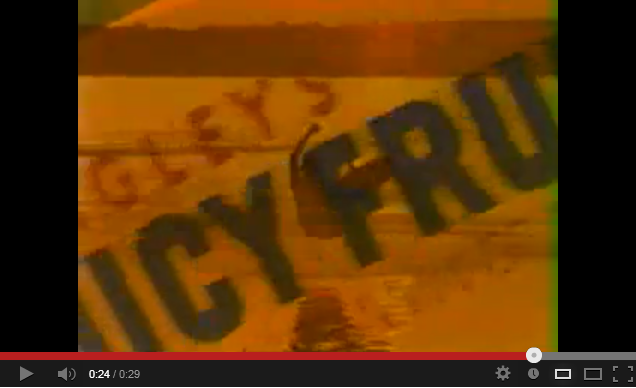 Here we are at the end of a wonderful day. That is probably blondie right there, just ran a 28 off pass for the first time in his life.  He nailed it.  Hit that troublesome 5 ball like a BOSS!'

Its because of the gum!  Dude is so stoked, he is going to crush another piece of gum and maybe polish of the day with a couple beers and if he is lucky, maybe the girl who wiped out before will help him celebrate his accomplishment.  Yeah, there are no drugs involved, life doesn't need that to get to a better mental state, you need some gum and some waterskiing.  Thats it folks.  Life doesn't get ANY sweeter.

Take a sniff of life, pull it out, its going to MOVE you when you pop life into your mouth.

Ghandi said that once. 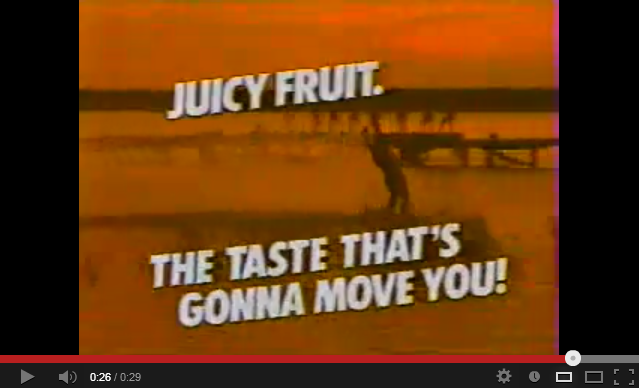