The Truth Is On A Trick Ski 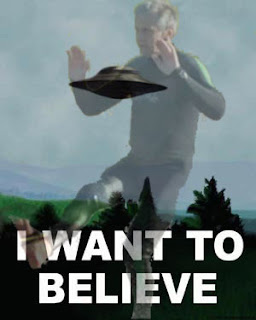 It is not often that you come across a tid-bit of information that you would never believe if someone just said it to you on the street.

"Hey bro, did you know that the smoking man in the X-Files is also quite the waterskiier?"

Geekosystem uncovered this awesome nugget of information recently that William B. Davis, who played the Cigarette Smoking man on the X-Files also competes, at a fairly high level evidently, in trick ski competitions.

As certified nerds of the x-files, we certainly would not have picked this dude as an athletic type, but, turns out he is.

Noted in the Geekosystem post is that Mr. Davis holds/held a couple of records for the 65-70 year old age group.  Which we can't verify through usawaterski.org, and really don't know for 100% where else to look to check it out.  But, why would you lie about something so obscure as being a champion type level trick skier when you are an accomplished actor?

Skinner?  See him more as a boat driver coach type guy...maybe a number of years ago he was a top level jumper or more likely speed skier, but, has put the skis away and now mainly does things from behind the desk.  Dorky guys are probably more of the behind the scenes guys, the ones who make the pdfs after tournaments or process paperwork.


Long and gangley in his youth, Davis never felt coordinated unless he had a board or two attached to his feet. Skiing, whether on snow or water, has been a lifelong passion. Most other forms of exercise, including the infamous Grouse Grind are considered training for skiing. Still, he has been reluctant to 'retire' and devote himself full time to skiing as many of his skiing friends have. His artistic career is still alive and active.

Many thanks to geekosystem for bringing this to our attention, its amazing.  Sure, lots of people waterski in this world, but, this just seems so bizarre, so unlikely, that it makes it that much more awesome.

The smoking man trick skis.  The truth is out there, and apparently it rides a trick ski.