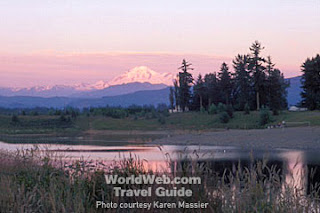 Albert Dyck Park is in Abbotsford BC, that is British Columbia Canada for the geographically stupid people out there, is in the middle of a tug of war between a long established waterski club and a group looking to put in a cable park that would make the lake unusable for boat towed water skiing.

This is a tough one, the ski club has used the park for many years but it is city owned and the club has no lease on the site.  There is nothing that stops the city from finding a group that will pay to use the site or pays more then the club to use the site.

Looking at the picture it seems it would be a sad day to destroy such a place with a bunch of ugly cable towers and D bags running around in Affliction t shirts.  It is easy to side with the ski club, not only because we at the CRB are waterskiers and wakeboarders tend to be annoying dip shits, but because they have been using this park for many years, back in 1995 it was one of their club members, Dave Miller, that worked with the city to convert an old gravel pit into the great ski lake that is now there.

So what gives the cable park groups the right to come in and steal this site?  Lack of foresight on the park of the ski club is what.  They have no lease on this sight, they never locked it up when there were no competitors for the location.  I grew up on a ski club that was smart enough to lock up its site with a 99 year lease with the city.  The 1 buck a year cost was tough, but worth it in the long run...  Towns will sign deals like that when they see no other use for a site, Albert Dyck was a gravel pit before, lock that shit up!!

We are strong supporters of any and all towed watersports, and love the expansion of cable parks around the world.  The parks have proven a great way to bring new faces into our sport, and the growth is good in the long run.  But in this case we have to side with the skiers, this has been their site for 16 years, they have hosted pro events and smaller tournaments over the years and (as far as we know) have been good stewards of this great site and park.  Hopefully Abbotsford's city leaders have some loyalty to the club and let them continue to use this great park.  At the same time we hope they help one of the cable park groups find an alternative site somewhere in the area.