The Wrecking Crew Brings You The Top 20

The CRB has again been disapointed by the voters of the NCWSA and their complete disregard for the realities of college waterskiing in this country. The Hope College Wrecking Crew has again been left off the NCWSA top 20 poll. 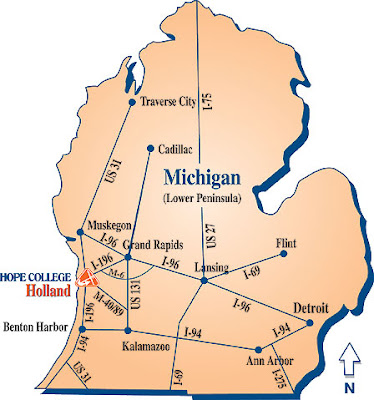 Hope College, the pride of Michigan, the power house of all things college sports, and the premier waterski team in the nation has again recieved no votes from the high and mighty voters...

Who is in first this week? Who the F cares!! HOPE BABY ALL THE WAY.

Top 5...er 6...7...hell whatever
ULM hopped over ULL, but they both have yet to field and ski their full teams, but both have proved again that the top two spots will again stay in LA unless they slip up and another team really steps it up.

Florida Southern comes in at 3rd with fellow Florida school Rollins on their heels. Rollins got the nodd over the Tide even though both teams did not field their full squad and Rollins lost both head to head match ups with the Florida Southern.

Bama rounds out the big 5, but in our view is one spot below where they should be.

The big surprise of the new poll is the team that the University of LaCrosse fielded this week. UWL has often fielded a solid team but have never pulled it together in the midwest, looks like they have this year. Apperantly their mascot is and Eagle, but thats wrong as we are pretty sure it is a guy with a V-neck shirt, a spray on tan, axe body spray, and gel in his hair. We could be mistaken...

Tied for 6th with the UW Lacrosse bros is ASU who did not compete last weekend so we have yet to see what they really hold in their arsenal.

Rest of the pack

Midwest
Purdue and UW Madison both dropped down the ranks from 6th-8th and 7th-11th respectavly while the Bears of Missouri State moved up two spots. Iowa and Grand Valley State both jumped into the top 20 with a solid showings. Ohio State dropped 6 spots when they were a no show at week one in the midwest. While Iowa State and Cincinnati both dropped down to a tie for 20th. Iowa State needs women while Cincinnati needs guys, I see a merger in the future...not really...

South Central
Texas State jumped up 6 spots to 9th, while Texas A&M dropped 2 to 12th and Texas dropped 6 to 17th.

East
Clemson did not show all they can do in the first week and still jumped 8 spots up to 10th. Solid showing and good to see another school from the East stepping it up this year.

West
The West saw Cal Poly and Chico state both fall off the big board but added UC Davis at a respectable 13. Right now though the West is looking like the weakest region, which is a surprise considering how well they have done at nationals in years past. The west and Midwest like to switch off who wins All stars every year so you know they have the talent out there, just need to get it rolling.