Which is Better, Christmas or Water Ski Season? 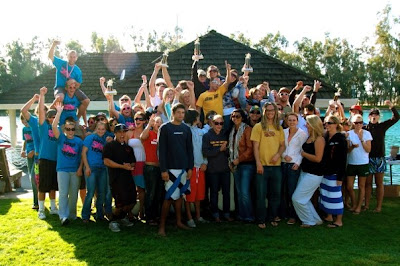 What’s up water ski world? This is your West Coast voice of collegiate skiing and do you know what blows about this upcoming fall season? I’m once again, not in it... That’s right my friends, I’m done skiing in NCWSA tourneys for good and even worse, done with college. Don’t get me wrong, I actually dig this real world thing more than most people said I would, but that doesn’t change the fact that I was NOT skiing or partying in Chico this weekend at what was pretty much the most kick-ass event in the state of California at the time (read that: in the world).

You’re probably thinking, “Lifejacket, if you weren’t there dude, how do you know how kick-ass it was?” Extrapolation buddy - if every collegiate water ski event I attended was one of the best experiences of my life, there’s a good chance this one would have been as well. Now what specifically happened this fine weekend at Chico's very own Sky Lake? Well this is what probably, most-likely happened...

...on second thought, I'll leave that one to your own imagination. Happy collegiate water ski season!
Posted by LifeJacket on September 14, 2011