Flooding has caused quite a bit of damage along the Mississippi in the past few months, now the snow melt from Canada is flooding locations all along the Missouri River and its tributaries. Skiers and ski clubs all over the western midwest have been affected by this flooding, including the Water Hawks ski team who are being forced to move a show planned for a now flooded river. Rain, rain go away, come again some other day. 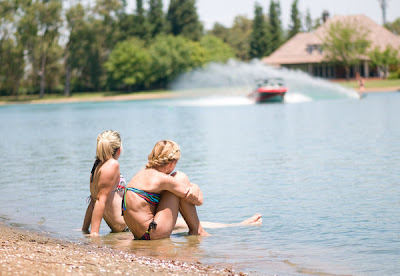 Pics like this show why we love tournys...
pic credit

New cable park in Winnipeg Manitoba Canada. As a very pro traditional skiing type of guy I have had somewhat of a change of heart after watching the freestyle guys at the LA Night Jam rock it on the twin tip skis. Those guys learned all this stuff from cable parks and man it was fucking sweet! Our sport wants to get back into the main stream, and slalom is not going to get us there. Distance jumping is hella sweet and can bring in the extreme type personality while freestyle jumping will bring in the wakeboard type crowds. Package those events together and you have something we can sell to TV again.

Speaking of cable parks, here is another one. The popularity of cable parks is good for the sport as a whole but is a threat to the boat manufacturers. Or it could be looked at as a good thing as it is bringing new people into the fold and as they grow in the sport they will look at getting their own boats. So what I am saying is I have no idea what I'm talking about. Hey look over there! Its Elvis! /hides in closet

This is a cool ass house in Florida on some ski lake. The CRB has already hired a hit man to take out the family and will be moving in there once the pesky residents are 'taken care of'.

A ski club that grew in stature due to some of the big name members such as Judy McClintock held a reunion recently. 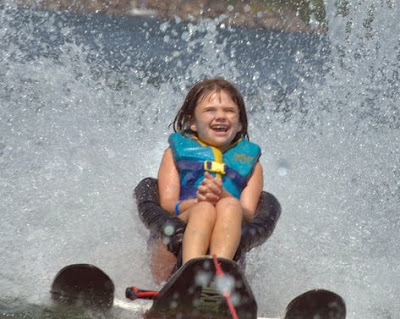 Being on the water skiing is one of the greatest feelings anyone can experience (if you disagree with us we don't want to know you). Working at a ski school and teaching kids to ski gave the same type of feeling, watching their faces as the kids felt that same joy was awesome. Running adaptive ski events gives an even better feeling, most of these kids will never be able to experience many of the things those of us in the able bodied population get to feel, but using a sit ski with some stabilizers we can give these kids a sense of the freedom we feel on the water. If you ever have the opportunity to help out at one of these events you need to take it. Its hard work but at the end of the day you feel incredible.

This wakeboard event is called BroStock. I am tempted to fly down there and throw rotten tomatoes at who ever thought up that name.

We here at the CRB drink our fair share of booze, hell a lot more then our fair share, but one thing we don't do is get plowed and then fly around in the SkiMasterBu. Because when you do that you end up being like this stupid fucker who killed a guy buy crashing his boat into a house boat and killing the driver of the house boat.

An Iphone app to track your slalom runs. Mine would be easy, lots and lots of falls. woot... :(

This news writer from the UAE hates all those damn kids having fun on the water. I picture him sitting on his palm shaped island paridise and yelling at kids to get off his sand. ...get it...sand, cuz its a desert...oh so now I'm the racist. jeez

If you do a youtube search for Sac Town Gold Rush you get this vid. HEY THATS NOT SKIING!!