Send Me On My Way 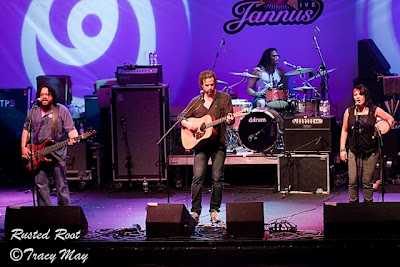 There are a million different things that irratate us all as we age, gray hairs, moderate sense of responsibility, family obligations, losing sense of wonder, etc.  The music of your youth, sounds that helped shape your formative years becomes classic rock, or becomes fodder for jokes or maybe becomes a spectacle of what it was.

For example, at the Super Bowl two years ago (not the Black Eyed Peas), but the Bruce Springsteen performance, you had to cringe for the people who grew up with the boss and saw him totally sell out everything to become, basically, a cover band of his own stuff.

He was playing a part, the crazy energetic 4-hour concert guy, but, wrapped in a marketing shell and doled out to all of us in our homes in a small bite size package.  It was awful.  You would never see someone like Neil Young or Jimi Hendrix allow their own legacy be used in such a manner.  Granted, Jimi Hendrix is dead, so, his 2013 Superbowl performance may not be quite as good as U2...but hella better then The Who.

Somewhere in the mid-90's...well, more specific the summer of 95, at our ski site Rusted Roots album "When I woke", was every god damn where, it was inescapable, like a fly in your car that won't go out the open window.

Every day, over and over, we would show up and strap on our gear and that GOD DAMN drum trip song would be blasting, you couldn't get away.

Now remember, this was after Nirvana and Pearl Jam had burst on the scene and cleared the tables of that bullshit from the 80's, poison and warrant and what-not...now, don't get us wrong, this is fun stuff when you are at the bar and sing along...or at the strip club when the JV crowd is around and can't think of a song.  "Oh, just play pour some sugar on me and some drunk will stick bills in my cooter"

This was a grungy type time still and we were all wearing flannel shirts and being all emo about things and girls were wearing big baggy sweaters and not having random sex or doing drugs or whatever people do now.

The Dave Matthews Band was around then, but, they allready had the stain of frat boys popping their collars and girls geeking over Dave's scruff, and there was this Rusted Root people who brought the hippy to our little ski world and it was, at the time, annoying, but, in retrospect awesome.

They brought such a different vibe, not everything is life or death, you can wipe out trying to do a inverted-dick-ski trick and its ok.  You can lose your shorts on the boom and the resulting poop issues are funny, not something to shoot heroin over.

Long story short, This album became somewhat of a soundtrack for the summer.  You know how when you hear a specific song and it transports you to a time or place or feeling?

The opening beats of Drum Trip or the extended intro to Food and Creative Love instantly transport us to the deck, where the warped boards and glint of the sun of the waves still permeate our conscious as if it was just yesterday.

We can remember the sort of droning, white noise, whatever of the lake and the boats sort of drowning out real life, the quiet noise of a busy lake and the beating of the sun and the exhaustion from trying to learn helicopters overtaking the worry of going to college, or your fight with your girlfriend or the splitting hangover or trying to score a bit of weed.

Years go by and life shapes us all into what we are, drunks mostly, but, grown ups doing grown up things.  Like, learning spanish or putting a childs bed together in the middle of the night or figuring out how to write a re-cap article about a waterski event that you didn't go to, but, have a GBH award to give out.

So, here we are in present day and a commercial comes on for Enterprise rent-a-car, you know the ones with the stunningly awful "we will pick you up" ads?  Yeah, that one....anyways, their new batch of ads uses "Send me on my way" by Rusted Root.

Observe, begins at the 33 second mark.

Ignoring the fact that the song is in diametric opposition to and/or does not vibe with the stylistic atmosphere of what Enterprise has cultured, i.e, campy nonsense..instead they are going for this earnest family type thought process in promoting a rental car company.

NO. NO and NO.  You are a rental car company, no one cares about being family owned.  Get me a working auto for cheap and throw in some pine tree things and don't charge me extra for the 100's of burn outs and we are cool.  We know families and 90% of all our families drive stupid cars.  Yo! Moms, nice freaking Kia Rondo...its still a piece of crap.

Rusted Root is better then that, but, like any surrender to age, we do realize that what was important to us in the past is now just a marketing jingle to get people to rent cars.

A song that played a large role in our waterski history now is used to get you to drive a silver fucking Camry.  If Rusted Root was still alive they would be rolling over in their graves.

As an artist who made that music as an expression of self resulting in hella money and groupies and hash, you are entitled to do whatever you want with your music.

As a consumer who listened to that music in 100's of varying states of mental aptitude, we are totally entitled to dislike your song being used in a marketing promotion.

It feels vile, it feels like you are taking our memories and using them in a twisted way to get me to rent a car.  NO!

We all get older and, just like the first time you hear a song from High School on a classic rock station, or get that quizical look when you mention that Dave Grohl is more then just Foo Fighters to a young punk, you realize that the things that made up our youth are no longer important to anyone but ourselves.

Thats the fun part, we think, all those things that are disposable to people now were the things that made us who we are.  This is similar to how we think of things from 10 years prior and what 18 year olds will think in 15 years regarding whatever the hell people listen to now...Justin Beiber?  The Grenade song guy?

The worst thing that people can do is chastise others for not "respecting" the things that they liked, trying to impart their values, viewpoints, whatever onto other people, other generations.  We would have loved to grow up now and do cocaine and text pictures of boobs all over (thats what the news says anyways), but, that isn't the case.

Meaning, we can sit here and opine all day about our irratation over this song being used in a damn commercial, while, at the same time dismissing Selena Gomez for being a talentless vapid creation of Disney.

Thats hypocritical...somewhere there is someone who listens to her music and that is her/his/its soundtrack for their ski memories and in 15 years she/he will be running the CRB empire and getting blind rage / cold sweats / menapause over her song being used to sell instant pregnancy kits.

This, we think, is the hardest part.  Not taking the things that we take as foundations or cherished memories and building them up to something that they arent'...which would be things that are important to anyone else besides ourselves.

Aging sucks, it happens, life moves on at the speed of life, but, no matter how that song is used now to sell cars it does not take away from what that song represents.  And NO, its not that specific song, its that time of life, the memories that are ingrained in our minds and soundtracked in ways that time won't alter, despite the circumstances surrounding it.  Those won't change, but, wow...does father time poke his head in to our lives in unexpected ways.  Like a god damn Enterprise car commercial.

By Dig Dug at May 11, 2011
Email ThisBlogThis!Share to TwitterShare to FacebookShare to Pinterest
Labels: CRB Long Form, drug references, i could talk about music all day and not in a snobby way, rusted root