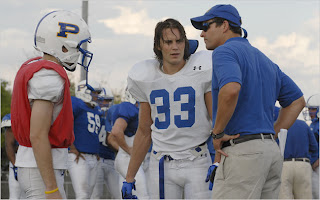 There is a story that we ran across via thebiglead website a few days ago, linky, where a guy quit his job and wants to become a professional golfer.  In the book Outliers, by Malcom Gladwell, is it theorized that it takes 10,000 hours of practice to be really good.
So, naturally, this guy who evidently has the means to spend 10,000 hours golfing is putting that theory to work.
What we found interesting, was, within the comment section of that biglead post is discussion of not just doing something but actually practicing.  Meaning, not just playing basketball for 10,000 hours, but, working on specific parts of the game, i.e, dribbling, shooting, movement w/out the ball, etc etc, working on specifics to become better rather then just screwing around.

In a waterski context, lets say you are hypothetically a person who has distanced jumped for most of their life but never really became anything other then a moderatly competant jumper due to whatever circumstances, access to a site, or discipline or equipment, or whatever.  Over the course of time this person may have taken 100's of jump sets, but, there wasn't any focus as to what to work on.

But, lets break it down into individual sections of a typical jump pass and in this scenario we are assuming a sort of traditional 3/4 type set up.  Follow along with our incredible mspaint skillz
﻿﻿
﻿﻿


This is, admititly a very simplistic overall view of a typical jump pass as there are way more moving parts going on then just what we diagramed.

However, within the scope of that are there specific aspects that one could work on to become a better jumper then by simply cutting later, or cutting harder?

For example, if one were to concentrate on the pull-out (!) or cut out, diagram 2, soley, for a period of time...say, 20 cuts, to totally nail down the timing without ever hitting the jump, would that aid in ones ability to accuratly gauge a specific course towards the jump thereby improving ones performance?

The concept being, you master that particular aspect, knowing how far out on the axis you swing (right next to the driver?) and when you begin your pre-turn, how you progress into the wakes and this action was then firmly planted in your brain so you don't have to think about it, you could then concentrate on your body position or whatever else goes through your head while kicking jumps.

Or, you could soley work on your wake crossing, do you get bounced weird each time or do you get out of position each time or at random times?  Instead of take a number of jump sets you simply go out and just focus on that particular aspect.  Going back and forth across the wake as if you were doing your jump pass.

The idea being, breaking down the jump pass into little bits and focusing on those little bits until they become second nature.

From experiance the biggest hurdle to becoming a better jumper isn't guts or skill its the mental block that keeps you from accomplishing something.  For me its the unknown, all the different variables that go into a jump pass pile up on each other so when its finally time to cut towards the ramp you aren't 100% confident.

By breaking the pieces down and looking those in on their own, you could eliminate this mental block and, hopefully, by extrapolation become a better jumper.  Not just by going out and jumping more, but, developing a systematic approach to becoming a better jumper.

Maybe that, the 10,000 hour rule, is how it would be applied to something as seemingly simple as jumping.  You focus on the small pieces until they are second nature, developing your mental state along the way, leading to better results.
By Dig Dug at April 27, 2011
Email ThisBlogThis!Share to TwitterShare to FacebookShare to Pinterest
Labels: dig dug is not dead, jumping, practice, we talking about practice