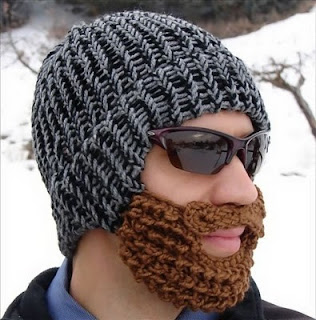 Its the first weekend of the playoffs, by our calculations (we are writing this Friday evening) the Saints have decapitated the Seahawks and the Jets beat the Colts...sure, why the hell not.

Well, today gives us the Packers at the Eagles and Baltimore at KC.  Predictions, Cheeseheads and The Wire win today.  Why you ask?  Because we are the CRB.

Regardless of if we are right or wrong, which is dumb because we have Bif's book from Back to the Future 2 and are never wrong.  Cubs win the world series this year, beating the Red Sawx in 6, Kerry Wood the winning pitcher, Jenks the losing pitcher and Vlad Guererro hits the winning homer for the Cubs.  Vlad you say?  Yeah, the Cubs trade for him in the middle of the year in a highly controversial trade involving Koskue Fukudome and Carlos Zambrano.  WRITE IT DOWN!  Take this to Vegas.

While we are at it, other amazing events this year?  Obama?  Still president.  Ford Motor Company?  Buys Microsoft.  Apple Computers?  Buys Facebook.  General Motors?  Allows a majority of its board members to be UAW people, out of business by end of 2011.  15 year old girls have drama.  Joe Perry of Aerosmith kills Stephen Tyler in a graphic public brutal scene...a fitting end to Tylers total demolition of what Aerosmith was.  ODBF gets drunk.

Amtrack develops a train that runs on public outrage.  Its huge with PETA and the Parents Television Council.  The train cars in Wyoming just rust because no one cares.  The American public finally wakes up and realizes that we are in a recession because we are spending thousands of dollars a year on televisions and video games.

What?  Oh sure, We would love another beer.

Sorry, we got a bit carried away.  The Pro Ski Tour begins its ascent into the public concious, overtaking Hockey for the nations #6 most popular sport, after, Football, Baseball, Basketball, MMA and College Football.  iTunes says fuck it, charges 10 bucks per song.  Kesha buys the Yankees.  Derek Jeter sees the writting on the wall, divorces Minka Kelly and marries Kesha.  Minka Kelly finds solace in my arms, we get married.......and from there..well?  nothing else really matters.

Here are a bunch of completely random links that are only tangentially related to waterskiing.

Ha, nope...not related at all.


So, its 2011.  Have you celebrated that yet?  We hope so.  The Mastercraft dealer in our town, we think, has gone out of business because there are no longer any boats at their location, nor are their any vehicles that the employees would use to get to work and the gates are locked.  We aren't the crispiest crayons in the happy meal, but, all signs would point to that place no longer being in business.

With that in mind, here is your task for Monday.  Wake up early, spin over to your local watering hole, have a few bloody mary's, chow on some breakfast, have a few beers and nut up and go to whatever your nearest ski boat dealer is located, whip out your debit card and buy one.

Its the American way.