Aim For The Red! 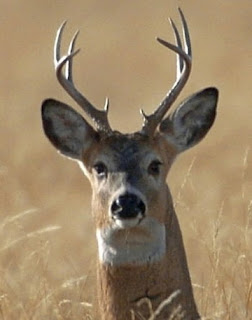 Most people who believe in re-incarnation assume that in previous lifetimes they were people or animals or other such living breathing entities in which they would assume various life lessons that they would use down the road. For example, one may assume that in a past life they were a deer. Prancing around through the forest, bounding through corn fields without a care in the world.

This would be why they would assume that in their present life that they identify with wild life and yearn for a freedom that does not come with financial gains and within the walls of a god damn cubicle. Side note to college people...stay the fuck in college. The real world blows.
Anyways, we bring this point up for one reason and one reason alone. In our past life we were not a deer or a bird or Martin Luther King Jr or Sr, we were not anything important...in fact, we were not anything at all. We were a big ass piece of plywood.
We were a big piece of 3/4 inch plywood and we sat at the lumber yard getting rained on for like 6 months till someone bought us, threw us in the back of a pick up truck, brought us home and made a god damn shelf for the garage out of us. It sucked. It was like being ripped limb from limb. For the rest of our previous life we had the horror of seeing parts of us all strewn about the garage. Part of us was in the shelving unit, part of us was scrap and swept into the corner, part of us was used as a damn ramp for our owners brat kid to jump his skateboard off of, and part of us was used as a shim in a door that KEPT SQUEAKING WHEN IT OPENED!!
However, one of our brethren was destined for a much more adventurous and happy life. Sure sure, you might say that "um, your brethren is still just a piece of plywood, get off your high horse...jackass"
OH??? O RLY???
We bet you that Dan Newcomer thinks otherwise. As one of our plywood family people became a side curtain to a jump. A jump that just so happened to be used at the 2010 NCWSA nationals and it just so happened to prevent this guy from wrecking his shit!!!
Observe.