This story is barely related to skiing, but some politician in Arkansas is all pissed at another politician for some reason that involves one guy having the following kick ass house, a pontoon and a ski boat. I think the first guy is a loser that does not live on a lake which means he sucks. 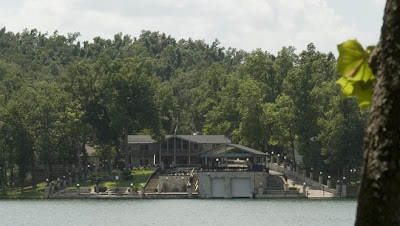 Kneeboarding still has tournaments? When the hell did this happen? I figured all the guys from the 80s not being able to walk anymore would have proven that kneeboarding is a terrible idea. Of course on that same theme we still have wakeboarding and look at what that does to knees. So I guess what I'm saying is avoid any sport that has 'boarding' in the name. Skateboarding is for young punks that cause problems anyways.

Speaking of wakeboarding; Rusty Malinoski dominated some Canadian event that I would care about if I did not hate Canada with a passion. Its time we defend our nation from those imperialistic canucks!! TO WAR!!!

Another very sad story of a wakeboarder getting killed on the lake. This time I will not blame a dumb wakeboard boat driver or anything of the sort, so lay off the angry emails...Public lakes can be crazy places so people you all need to WATCH WHAT THE FUCK YOUR DOING!!!

Marcus Brown has always been a leading figure in the fashion world and he continues to rule the world fashion scene with his cutting edge sense of style with this amazingly red...thing...oh and he talks about skiing with Terry Winter. 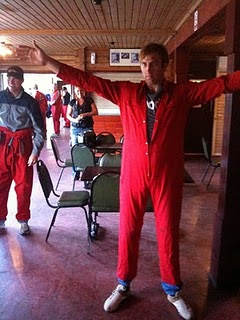 This story is terribly written, just awful. Not only do you read it and end scratching your head wondering what the hell the author was smoking but also what is she talking about. Did this team win a tournament, or was it just some guys out jumping, who else competed...WTF. Not that I am one to talk as my writing style has been described as a cross between the author of this article and the writing of a dead guy.

Tales from the foot is a great site for getting news from around the barefoot world and the past few weeks have been the heart of the barefoot season. So they have tons of vids and cool ass pics all over the place right now.
By Old Dirty Bass Fisherman at September 03, 2010
Email ThisBlogThis!Share to TwitterShare to FacebookShare to Pinterest
Labels: 6 beer minimum, Barefoot, boat crashes, link dump, Wakeboard, your doing it wrong