In Praise of Tom King 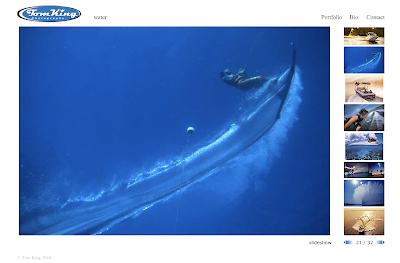 A week or so ago, we don't remember exactly, Malibu Boats posted on their twitter, @malibuboats, something concerning who takes their photos, and they tweeted back that it was Tom King.  Here is the link, linkypoo.

It was funny, because, this was a name that we all knew growing up, we saw all the really cool pictures in waterski magazine and, being a young buck, just wondered "how the hell does someone take pictures like that??"

So, naturally, we cruised around Tom Kings site, www.tomkingphotography.com, to see what this cat has been up to.

Naturally, he has been killing it.

We have much love for Mommer photography as well as some other people that really get the photog itch and do good work, but, there is something to be said for what Tom brings to each photo.

Maybe its just us being older, but, there seems to be a bit of knowledge behind each shot.  If that makes sense, for example, in some pictures you can sense that he has total command of the image that he is shooting, whereas in others the unique angles and images and how the light is reflected/used/etc off the image shows a person who has totally mastery of their subject.

For example, this picture (note: we own the same pair of shorts.  whoa!!) 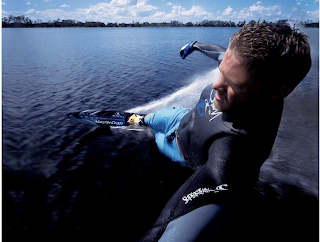 Its just such an awesome picture, but, it appears as if there isn't anything really highlighted, just an overall great looking picture.  You get the sky, the ski, the reach...you don't know really who it is, its not overly aggressive in its framing, its just a clean, beautiful shot.

One of the main things that makes us like the shot though, is that, our first impression is not "how did he get the camera in that position", more just, "wow, thats cool"

Does that make sense?  It is in your head, like, how the hell, but, its not the first thing on your mind.

With the advent of highly tech'ed up camera's, the basic shots are easier to do.  I.e, we can take sweet pictures on our cell-phone camera, and you can take near-pro style shots with a thousand bucks or so invested in a nice canon digital camera.  Not those cheap ass ones we all have, but, a good digital real camera.

But in the hands of a master those shots we thing are sweet, turn into something more.

Its the same concept of never blaming your equipment for your skiing, old trick ski, new trick ski, its still your talent on display.

For example, we skied on a friends goodman trick (hence that analogy) and were able to nail a couple tricks that on a previous (a mid-80s combo trick) we couldn't get.  Our skill wasn't better, just the results...and we won a couple drinks for making the famed double-twisting-revert-side-slide that only you have read about never.

It seems the same with Tom King, thanks to Malibu for reminding us and thanks to Tom for all the pictures and work put into to elevate our sport on the various website and magazines and wherever.  As we have always said waterskiing is a very image based sport.  Its hard to write words to describe, you have to see it, feel it, experience it. Its like sex.  Sure you can read all about what, how and why to do what you do, but, until you get wet it doesn't make sense.
By Dig Dug at August 10, 2010
Email ThisBlogThis!Share to TwitterShare to FacebookShare to Pinterest
Labels: amazing sexual innuendo, photography, tom king