You are an Idiot, Must be Destroyed


Anyone remember about 20 years ago when Oliver Stone did "The Doors" the movie? The one with the second most cringe-worthy line that we remember in a movie? "You actually stuck your dick in her Jim?". This is of course second to the movie Vanilla Sky, google it, i am not about to type it, movies like The Doors and Born on the Fourth of July and even Any Given Sunday were pretty damn good movies. There were always stories of Stone being a bit nuts, but, this nuts??


"Hitler did far more damage to the Russians than [to] the Jewish people, 25 or 30 [million killed]. The Jewish domination of the media," he said. "There's a major lobby in the United States. They are hard workers. They stay on top of every comment, the most powerful lobby in Washington. Israel has fucked up United States foreign policy for years." {huffington post}

Yikes, here at CRB HQ, we really don't really care about the apology that Oliver Stone gave post-idiocy, or really the opinion it self.  We all know its dumb

No, we don't intend to actually get into the meat of what he said, this is neither the forum nor the...well, the forum for such a thing.  Let it be known that head CRB'er me and other head CRB'er ODBF have been in many a heated yelling match over far more trivial things.

I recall a yelling match at a bar over tort reform laws, when we both knew (admittedly) nothing about.  So, suffice it to say, should the time and place warrant it...well, to paraphrase Kenny Powers, "listen up you beautiful﻿ bitch we are about to fuck you up﻿ with some truth".

We knew, a long time ago, that there was a certain element to us Americans that just didn't belong, that were a menace, needed to be driven from our midst.

They pose a greater threat to our cultural well-being then even the most ignorant fear monger on the planet.


Nothing good ever happens when there is a mustache involved, as a matter of fact, the simple utterance of the word provokes full body shutters from the members of the {redacted}.

There is absolutely no problem with full beards, goatees, fu-Manchu type things, soul patches, side burns, or any other variation of vain face hair. However, and this should be a law, mustaches are out.

I firmly believe that there should be no place in decent society for these disgraces of facial articulation. People with mustaches should not be allowed the same rights that are given to all under the constitution, its terrible, its ugly, its weird and I would almost bet that they are all evil criminals, very much like wearing a certain hat, or have a certain tattoo shows gang affiliation, people should look at those with mustaches in a very apprehensive way, that mustache symbolizes something evil and sinister about that person, and they should be treated as common criminals and thugs.

That post was written on a previous site January 20th of 2003, and was posted on the spiritual succesor to the CRB.

It was written in stone.  Or on a website.  You may say to yourself, "self, this is the stupidest thing I have ever read, and I have even read ODBF's crap"  Your right, person who talks to themselves, this is dumb, its foolish, its idiotic, but...is it correct??? 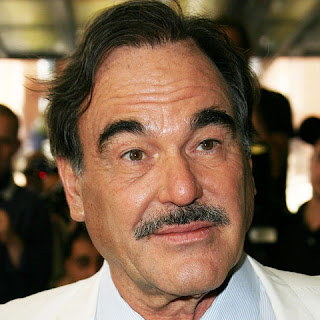 KILL IT, KILL IT WITH FIRE!!
By Dig Dug at July 28, 2010
Email ThisBlogThis!Share to TwitterShare to FacebookShare to Pinterest
Labels: CRB Off-Topic, ODBF is a douche, our archives are deep and messy like your poly sci professor, prejudice is serious and fun