Hey look!! Its our name sake. Looks yummy /NOM
So I hate to knock Dita off the top of the page but we cant just have her be the top pic forever! But what I can give you is some Natalie!!!!!11!!!!eleven!!! No bio, no info at all, just a pic of girl looking all hot and what not. Well played Alliance, well played indeed.
"Once you get the bug its hard to stay away". From what? The bathroom? Oh man I got this stomach bug once, and let me tell you it was bad, I would have to race to the bathroom then it was all ***edit out for readers sake*** and thats how I ended up in Wisconsin Rapids with crabs.

Top ten posts about slalom skiing or articles that are thinly veiled ads. UGH. This list should show you why we call them slalom ski mag.

Peterbourogh Ontario has a 3 day wakeboard and music fest coming up. I don't care at all. I should, but I just can't get myself to care. I really tried, I spent at least an hour* trying to read the article but I got distracted by this bright colored bouncy clown head on a pen cap.
/wiggles pen
//giggles
*at least 10 seconds

The Cable Wakeboard World Championships are underway in Germany. Cable skiing could be the future of skiing. Gas will continue its rise in prices, due mostly to unjustified fear that we are running out of oil, and slowly that will drive more and more people off the water and into other sports. But cable skiing is much cheaper (and better for the environment) and quite fun. Bennetts had a portable cable rig set up at the LA Night Jam. Cable parks will end the public lake vs private lake argument, as you cant really just toss up a cable park anywhere.

***Its a good thing the CRB has a ban against spell checking or even proof reading to see if statments make any sense, cuz if we did actually proof read we would probably never put up another post again.***

A drunk driver has ended one Nevada skiers summer early. Look at that picture and tell us that this guy ever should have been given a license in the first place. The DMV should have denied him a license based on that hair cut alone. Come on dude, unless your a hockey player or Canadian you are not allowed to have a mullet anymore. 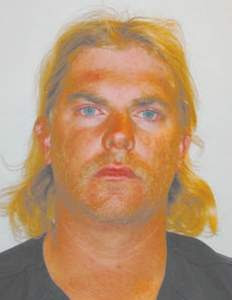 And speaking of Nevada, it seems that they have lakes there. As the previous story noted a unnamed girl there was a skier, and these two guys are wakeboarders. I guess this means I can cross Nevada off my list of communist states.

And speaking of wake surfing...we weren't talking about wake surfers? Well DAMN IT we should have been!! One of the innovators of wake surfing will be doing a clinic in the tourist town of Minocqua Wisconsin. Oddly enough I will be in the state when this is taking place. Won't be going due to the fact that if you need a clinic in how to wake surf you should just shoot yourself in the face now, preferably with a really big toy gun.*
*CRB is not responsible for anyone that actually takes our advise about anything ever.

And finally how about a little Lindsey Lohan Breakdown...(every other interblag out there is talking about her going to jail, we would rather focus on the fact that she is hot...and crazy...and weird...and a drug addict...and a cry baby...and hot) 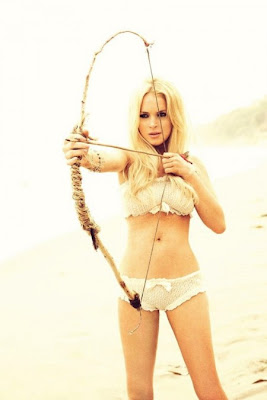