The Head of the Nasty Boys runs for Gov'nr

The Tennessee Nasty Boys have been a force in both jumping and beer consumption for many years now. Top talent like Ham Wallace and Basil Marceaux.com have led them from a small anti slavery group started in 1866 to the dominant power in waterski jumping in Tennessee. 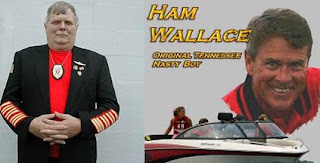 Team Nasty Boy indeed! The Nasty Boy's explosive growth from just a couple members back in 1866 to well over 10 members in just over 144 years have left critics stunned but their popularity and ground swell of public support. Pundits estimate that at least 30 other people in the state have heard of the nasty boys. They have become so popular that cofounder Basil Marcauex.com Sr is well on his way to being elected the next gov'nr of the great state of Tennessee.

It is expected that Basil will sweep into office with at least 45 votes. The Republican party has already started the process of changing the party name to The US Nasty Boy Party. The Democratic party under the withering attacks* of Basil has already given up on Tennessee and pulled out of all major elections through out the south. They are currently in discussions with the Federalist, Green, Know Nothings, and the Sacramento Mechanics and Laborers Anti Chinese League to form a new party and attempt to make a come back.

*"Can a Democrat say the pledge of allegiance?"
When Ham Wallace was reached for comment he said "Who the hell are you and who the hell is Basil Marca.... I don't give a shit?" He then beat Mike "random guy" Harper, our new investigative reporter, to death with a Jump ski.
Basil on the other hand went on our arch nemisis news program NBC Channel 4...you bastards...
Oh...well that was very informative and helpful.
By Old Dirty Bass Fisherman at July 29, 2010
Email ThisBlogThis!Share to TwitterShare to FacebookShare to Pinterest
Labels: 6 beer minimum, drunk driving, politics, tennessee