We Hate Fish. All Things Fishy. 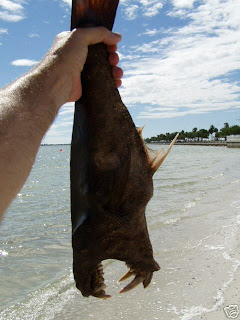 A statement that may sound a bit odd coming from people who spend an awful lot of time drinking in the water. Actually, now that we think about it, we should be spending a lot more time ON the water as opposed to in it, but, then again, if you aren't falling you aren't trying, right? Right? Screw you, our mom says we are wonderful.

Anywho, throughout our lives of skiing, one thing has remained constant, we hate fish.

All fish. For some reason they creep us out like crazy.

Stop for a second and think about it.  We live on a big ass sphere that is mostly covered in water and all sorts of these creepy floppy things inhabit the majority of it.

In a basic sense, us as humans just basically live on a big island surrounded by either oceans or various sized ponds, with these nasty critters paddling around inside of these ponds.  You know, its the adapt to your surroundings and all that.

Back in high school, remember that time of your life?  The man forced you to go to some big building and learn when all you wanted to do was bone that chick in the next row over in your economics class? 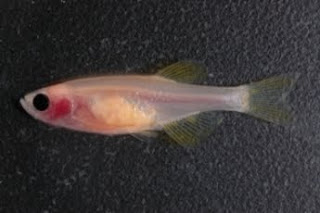 sup girl, let me holla at you for a second
Anyways, we do remember the concept of how animals adapt to their surroundings, like, the fishs that live in the water that is inside caves and never get light, they eventually become basically transparent and don't have eyes. Why? because they don't need any skin pigmentation or ability to see, hence no eyes or skin pigmentation.

For fear of becoming a stupid insane clown posse video, fucking magnets, stuff like this, even at our advanced age, is amazing.

Lets put this into a language we can all understand. All the guys who read our website here have experienced this phenomenon. It may have been years and years, and you may or may not actually understand or know or for that matter even comprehend what you have become, but, needless to say, you are one of the very few people out there that have this certain physical characteristic.

So, back on point. Fish.

Big fish, or little fish.  All sorts of fish.  They are gross and need to be destroyed.

The slippery gill'ed rats of the water have no use in normal civilized culture.

OH SURE! you like your shrimps or crabs or whatever when you and the fam pack up the minivan and go to Red Lobster or whatever crappy chain seafood place is by your house.  Can't be to far away because your little brats will get squirmy in the back seat when they aren't force fed constant visual stimuli every 20 damn seconds like a bunch of sugared up ferrets on meth.

However, with all the technology in the world, and Jesus, look what they have done with chickens.  Ever seen the movie Food Inc?  Good Christ, they have basically genetically engineered chickens to be just breasts and thighs for your KFC hounds. 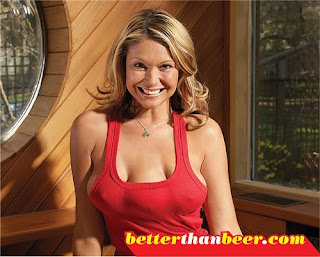 My eyes are up here buddy
You barely even need the actual animal anymore.  Just have some dude in a lab whip up a 12 breasted, three thighed and 8 boneless wing with Caribbean jerk sauce living meat product and none of us would care because the shit is delicious!

In our day and age of life, we don't need to be held hostage to the same stupid and out dated norms that people in the past used to be living with.  You serious with that "deadliest catch" show?  A bunch of dudes pile on a boat, slam red bull and find some damn seafood?

Thats dumb.  Why not just punch away on a lap top and an aquarium?  Would that not be the easiest thing ever?

We would all be sitting around watching Forest Gump hang out with Lt. Dan and say to each other, "wow, that is foolish, they could just go to the lab and whip up some tasty shrimps"  Plus!  They wouldn't have any of that weirdo veins of shit that is seriously disgusting. 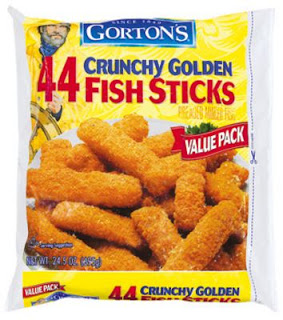 We dont know how to swim
Basically we are already there.  See that picture above?  Those aren't real fish.  No way those sticks were fished out of some lake somewhere and tossed into a bag.  They are sticks!  They can't swim!

A long time ago we used to live in an area that, seemingly, every year there would be a huge fish die off.  Not sure why this happened, maybe it was run off from the roads, maybe it was something from the power plant, maybe it was the sun made the water to warm, or algae or whatever the hell it was, there would be hundreds if not thousands of fish all piled up on the shore of the lake stinking up the joint.

No one cared.  PETA and Oliva Munn didn't show up all hot and naked and protest nature.  Shit just happened.  There was no economic collapse because a bunch of god damn walleyes or whatever died.  It just was.

Its sort of a case of natural selection, if you were a more delicious fish we would care more about what happens to you.

Ever wonder why people make such a big deal out of endangered species?  Because they are G-D delicious!  Ever had sauteed Hawaiian Monk Seal?  oh my lord, its scrumptious.  A side of fresh veggies, a light cream sauce and a couple glasses of wine and its baby making time! 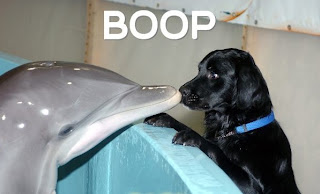 Certain water based species are ok, however, as they serve a greater good.  You know, other then the muskies and cat fish.  Like, Dolphins.  They are ok.  They can speak English and are surprisingly adept and both riding a bicycle and being cute as hell.  Especially when face to face with a dog.

Other water based creatures that are off our chopping block?  Loons.

Ever been to a north woodsy type cottage and chilled out and listened to the loons?  "whooooooiT!"  or something similar?


Thats about it though.

Besides, people that fish are really just looking for an excuse to go out and drink on a boat.  Listen up fishermans!  Your huge ass motor on your little jon-boat isn't fooling anyone.  Just because you are floating and drinking in the sun does not mean anything.  You may as well take that damn thing down to the corner marina, Jed's Boat and Glory Holes, trade it in and get yourself a nice inboard, strap on a pair of skis and get active!

Fish are worthless.  They do no good.

As part of this well researched post we asked the CRB Lab to come up with some concrete evidence to support our posts.

They must all be fisher-people in their spare times because it turns out that one of their arms is much stronger then the other and they are very good at the dismissive wanking motion.  Unsure as to the ramifications of that previous sentance, but, its probably a safe bet to say that they have never had sex without paying for it.

So, instead, we decided as an executive team to come up with some proof of our hyposthesis that fish are bad and people are good.  fish < people.  We googled it and this is what we found.  Its all right here in this new documentary coming out in 3D soon.  Please help us and join our cause to rid the word of these heathen creatures.  Slimy, slippery, flappy, slappy and probably filled with super-aids, fish need to go.  Its science.