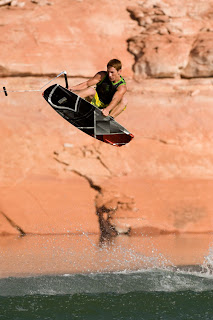 Many of the employees at CRB Inc have the flu or a cold or the herpes right now, its not a good thing.  Alot of ointment being applied, pills being popped, chicken noodle soup being consumed...that sort of thing.

We say this as a preamble to the following post, in that we are all really cranky and that may seep out a bit.  Much like the goo that is seeping out from ODBF's gauze bandages.  Got into some poison ivy.

Long story short, its easier to be critical of something when you feel like crap because you want to take out your irritation on someone else, or something else, or on your mom.  Either way.

We clicked on over to the Alliance wakeboard site, which is pretty bitchin btw, and they have a link to a give away contest thing from Liquid Force and Monster energy drink.

The idea of the contest is you download a set of pictures that they have and you design a poster, upload to their servers and they pick the best one and you can win some free stuff.

Here is the link.  Click it.  Make a poster.  Win shit.  Its that easy.  Linkable Evidence

So what is the problem then you ask yourself, which is a strange thing to say to yourself.

Here is our beef and its not with Liquid Force, granted, we are not big wakeboard people...we like to play and have got really good at the 1/2 backroll, but, its just not our lifestyle.  We are more, a few beers a wake surf board, a couple wipeouts and some lounging.

No, our beef is with Monster and not just their douchey hats and general marketing gimmick, but, the fact their blue Monster drink.  The lo-carb stuff, gotta watch the weight these days, and what it did to the contact chevette.

During our daily lives of delivering organs to transplant patients and piloting helicopters to impoverished nations, we occasionally need a pick-me up, and none of this 5-hour energy crap, no, we need something to give us diabetes!

So, we swung by Jeds boats and glory holes and picked up a blue monster drink, drank it and left the can sitting on the floor for like, maybe 4 hours, while we helped an old lady across then street.  We hopped back in and the car smelled like blueberries.

It wouldn't go away.  It stuck in the car for a long time.  Thankfully Tim in accounting borrowed the car to go turn a trick and smoked a few joints, so the car just smelled of blueberry weed.  Seems like a pretty minor issue no?  A car smelling of blueberries shouldn't be that big of a deal.

Your right, for normal people its not a big deal.  But CRB HQ deals with a very picky leasing agent for our company vehicles and they, for some reason, want their cars coming back into the fleet smelling like all their other cars, like failed dreams and desperation.

That is not something we deal with at CRB.  We deal in achievement and promiscuity.

It smells like raspberries and lube.
By Dig Dug at May 06, 2010
Email ThisBlogThis!Share to TwitterShare to FacebookShare to Pinterest
Labels: Alliance Wakeboard mag, bringing the stupid, late night post, posting while hopped up on medicine