Would you like to know what a world class waterski athlete does on a daily basis?  What do they do that is so much better then anything that us mortals do?  You would think, "hey, they are only human, they are not that different from you or me."

STUPID!  That is dumb and so full of fail.  We sent out our CRB-TMZ staff to get the dirt and find out what these elite athletes do on a daily basis that you may be able to use in your daily life.

For those of you that don't know.  Jimmy is a world class level waterskiier.  THATS ALL YOU NEED TO KNOW!  To the photos.


8:00 AM.  We see here that Jimmy is back in bed sleeping with his smoking hot model caliber wife/girlfriend who just so happens to be both a gymnast and an aeronautical engineer.  Nice snag Jimmy! 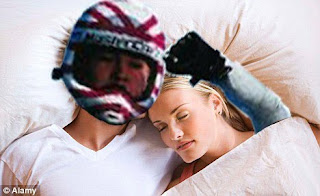 They look so cute at that age.  Probably still in the honeymoon phase.

10:30 AM.  After a heatlthy breakfast and a quick walk through the neighborhood to help out his neighbors with some various tasks.  For example, Mrs. Pendergrast down the street always grocery shops on Tuesday mornings, so, Jimmy makes sure that he just happens to be walking past her place when she gets home so he can help her take her groceries inside.  Its the little thing people.  Anyways, after this he relaxes a bit and jams out on the guitar. 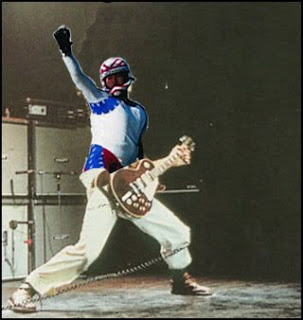 Pete Townshend would be proud of his disciple.  Its a little known fact that at the age of 5 Jimmy found an old electric guitar in a storage shed outside a music studio.  He put it on and proceeded to, while never having played guitar before, peel off a face melting solo that caused Jimmy Page's hair to turn white.  We have also been told it did cause two or three spontaneous pregnancies.  (citation needed)

3:00 PM.  Currently not satisfied with the state of the world and specifically the United States foreign policy or our dependence on both foreign oil AND domestic oil, Jimmy has also ventured into the world of politics.  It was a touch and go situation for awhile, as many people were afraid of turning over the reigns to the most powerful nation on earth to a relatively unproven political figure.  Those fears were diminished when he ripped a 10,000 point trick run in just a sweater vest and khaki pants.

Never the less, his work is never complete as he ventures to the state capital to speak to an assembled mass about his plans for nationalized ski lakes.  Its the American Dream he states with the conviction of a seasoned pro.  A car in every driveway and a cable park in every back yard. 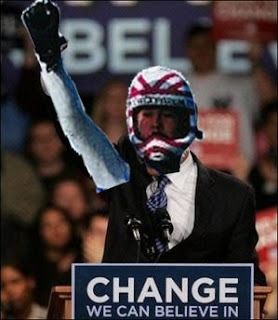 6:45 PM.  Following a thunderous ovation after his speech and many proposals for late-night rendevous, from both men and women, Jimmy exits stage right into a waiting vehicle parked out back that is pulling his customized ski boat.  Turns out it is powered by a combination of solar energy and bad-ass.

He makes it to the lake about 7:15 and having changed inside he is ready to go.  However the weather has taken a slight turn for the worse as there are a few rain clouds over head and people are advising him that maybe its not the best idea to go out skiing right now.

"Oh, now now, I understand your concern," Jimmy was overhead telling a worried eldery lady as he comforted her with a reassuring smile, "but, I am not afraid of what the weather will do, it is the weather that should be afraid of what I do to it" 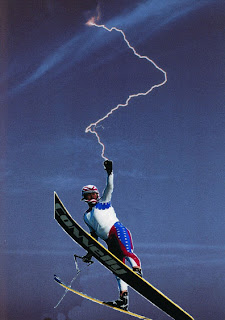 Following this awesome display the assembled masses that witnessed the event were ushered to the gates of the Siemers, but, before they left he imparted this bit of wisdom for them all to live by.

"Take what you have seen today, what one person can do when they set their minds to it, they focus and do everything they can to make the world a better place, do what you can with the power that you have to affect change for the better in whatever way that you can and we will all reap the rewards"

Transfixed by this bit of logical way of life thinking, the people then dispersed to their cars with this knowledge, each and everyone with a new outlook on life, a new desire to do good, to affect change in a way that would turn the world on its ear.

One of the people began volunteering to help those less-fortunate, an elderly lady finally put aside years of petty arguments and re-connected with her daughter, a young 15-year old kid who had spent the majority of their life on the streets finally decided to make good on life and started going to school again, a middle aged man took these lessons and finally put down the bottle, and one person decided to draw mspaint dicks on pictures of celebrities.

Not even Mystical Jimmy can eliminate all the douche.
By Dig Dug at May 04, 2010
Email ThisBlogThis!Share to TwitterShare to FacebookShare to Pinterest
Labels: a day in the life, bad mspaint, Jimmy Siemers, possible commentary