So the boys over at Alliance Wake have posted a vid of a guy throwing what appears to be a toe side whirlybird 720. Which as we all know wakeboarding can not use names that even remotly describe the trick, so instead they have named it a Big Perm. As a Big Worm is a toe side whirly 5 this would be the big perm. 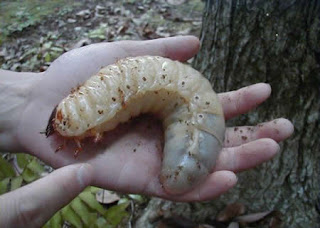 This would be a big worm. and freaking gross. 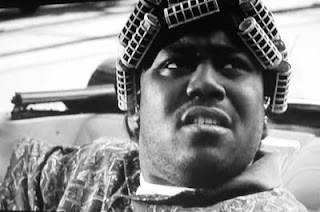 This would be big perm. and one scary mo focca

While this would be neither of the above, because those are both the stupidest names in the history of sport. Attempt to put some sort of description of what is being done into the name of the trick. Every sport is allowd a few eccentricities but good gravy* guys give us a break.

*MB thinks we are too loose with our foul language, so that one is for you Marcus.

Its like I need a damn interpreter to talk to wakeboarders. ex "I threw a sweet stalefish into that twitty bird bra" When I hear shit like that I want to stab you in the eye with my foot. (how does that work? hell if I know) Instead he could have said "I threw a air mobius with no handle pass and tweaked it out with a cool grab by my back foot". (mobius is an acceptable term as its a sweet trick and been around since the begining).

Ok really my sentance structure and terms suck, so my argument appears somewhat invalid, but then I looked up a wake board terms website and wanted to light my head on fire.

We still love you, you have the best site in all of watersports. Well except that one that the minon found that one time. xxx.watersports.porn.com/org yea that one was cool...