Dreads on the Webz TV

We often talk about how our sport needs more personality, right now our sport is made up of a bunch of white guys that were spoiled as kids and speant their days on the water.

Oh and how that life freaking ruled!! 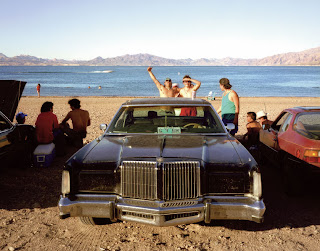 But then along came some crazy west coast hippy who added a bit of style to the shore line of pro events. Marcus Brown appears to do nothing but snow ski, water ski, drive around the country in a big rig with his fitness instructor wife while coaching waterskiers... and parade around some awesome dreads. Ok so I guess thats alot of stuff.

I met Marcus back before he had made a name for himself . He was going to talk at a clinic and I was drunk stumbling hotel room to hotel room the night before. We all drank for awhile, he talked about west coast slalom for awhile. I ignored him and have only gotten worse at swerving since then.

ODBF = Dumb as a bag of hammers

Dig Dug: But you can smoke a bag of hammers

Well since that night when I learned nothing Marcus has continued to kick ass and take names. A few months back he started MarcusBrown.tv. The show runs every Monday night at 9PM EST 6PM PST and is well worth watching.

Faithful CRB reader Cris Kodiak, chair of the Midwest region of the NCWSA (largest region of the 4) will be the guest this coming Monday. Cris is way better at our own puzzle game then all of the CRB staff put together. Marcus will probably only be asking questions about Cris's "Puzzle Me Together" skills.