Midwest flooded last year, now its the East Coast. Next up is the Mountain West...or not
We posted a week ago about some crazy Auzzy peeps trying to throw up some big numbers. Well they did it with 114 people in all. 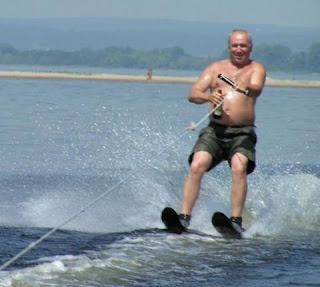 Some kid in New Zealand is practicing "hands free skiing". Or practicing his toe tricks as people who are not writers for the Wanganui Chroicle might call it.

If you follow @Mailibu boats on Twitter you have probably seen about 500 tweets about this. Some UFC dude got a Malibu. Really I'm not all that excited by that. Think about it. Dude makes bank, dude gets boat...yea, thats what rich peeps do. Tell me when he quits fighting in UFC and picks up jumping. Then I will care.

Padiwat Jaemjan of Thailand will be competing in the 2010 Malaysian Water-ski and Wakeboard Championships. There is probably some news in the article but I did not read it. The monkeys are off today so if your so interested read it your self.

SupercrossKING.com posts about skiing news quite often. No idea why or how supercross and skiing are related, but whatevs. The more the merrier! This one is about the Kansas City cable park and the big year they are expecting. Cable Parks are only going to get more and more prevalant and are most likely the future of not only wakeboarding but skiing as well. They are relativily inexpensive compared to owning a boat and open the sport up to many people that can not afford a boat. 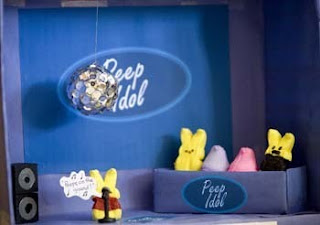 I would think that Peeps (the easter candy) would not make good waterskiers as they would disolve and all that, but acording to this article they have been skiing on the Tennessee River. whatevs
By Old Dirty Bass Fisherman at March 30, 2010
Email ThisBlogThis!Share to TwitterShare to FacebookShare to Pinterest
Labels: 6 beer minimum, cable ski, easter candy, Fat Ass, flooding, I need a better hobby, link dump