So this right here is why I will be rooting for the saints on sunday. Well I was going to root for my home town team, the Quebec Nordiques, but then some asshole told me this was the NFL so I had to pick a team actually playing in the game.

No Im not cheering for them because some dumb ass got his TV all shot up. No Im all for the Saints because a few of those guys rolled up with beers and smokes as if they were at a house party. And if the saints win then I think it will finally be socialy acceptable to make Katrina jokes. (no it wont, but political correctness is not a CRB supported ideal) 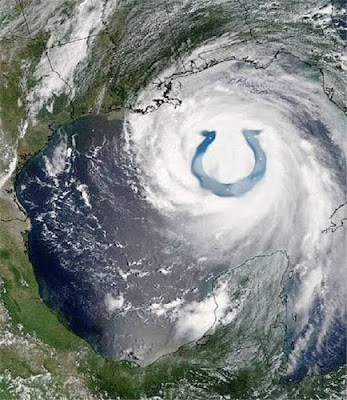 Oh and the fact that I can't stand the colts.

Recently we polled the CRB staff for their team of choice this weekend. Needless to say our staff is stupid.

Dig Dug
NA (could not catch him, bastard digs fast)

We gave up our poll after the zombies broke into the office and ate Janet in Marketing.