Rotate for Leverage. What? 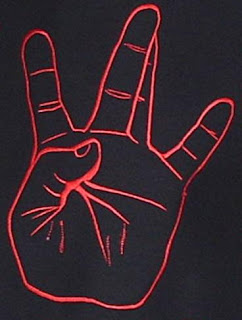 It was, what, about 10 or 15 years ago when we were first becoming aware, or made aware of, a style of
slalom skiing called "West Coast" Slalom.

Counter Rotate for Leverage by Terry Winter, from the B.O.S, is an article that deals with this topic.  It sound awesome, it makes sense if you are smart.

As middling slalom people, meaning, basically we suck, we don't really understand the difference in concept from a traditional style vs. a west coast style vs. whatever else is out there.

This isn't meant as diffusing anything or making light of the various techniques.  Its more to the fact that we don't, meaning me in particular, really don't know what it means.  We have always subscribed to the idea of just cut like a mother fucker, go around a buoy, then repeat.

More specific, its a 6 part process.  Call it the CRB slalom guide.

Now, over the course of time we have picked up various bits and pieces that have both helped and hurt.  Be it fin position, cheater fin position, hips up, hips down, pre-turn...etc. etc.  It all sort of goes into the brain, gets scrambled with bits of beer, cheeze its, financial worries, job complaints, significant other gripes and then assembled into our body and put forth into a ski.

Usually there is no improvement, more of a explosion around the 5 ball when we are always late down the course and then we give up, drink beer and go wake surfing.  Its a curse and a gift.

So, Terry Winter submitted an article to the B.O.S about slalom technique, which we read and were sort of confused.  Like always.  Again, we are dumb as shit.  So some of the terms fall on deaf ears.  So, we will attempt to both go through the article and figure it out, while simultaniously trying to put into terms that will help us!


As I give a waterski lesson, one of my primary focuses is on a skier's body position. There's lots of different styles of slalom pulling positions, but whatever it looks like you have to have a strong, leveraged pulling position to get across the course effectively.


OK, thats pretty straight forward.  However, the term leverage gets me messed up.  The assumption is that it means a good pull across the wakes.  Right?  right.  word.


One way to increase your leverage, and therefore increase your ability to get across the course on an earlier line, is by counter-rotating. Counter-rotating means opening up your body so that your hips and shoulders are facing more down the length of the course as your ski is pointed across the course. For example, say you're turning and cutting to the right. As your ski is arcing around to the right you're trying to make your shoulders and hips twist a bit to the left. With a good, countered body position the observer in the boat should be able to see the fronts of both of the skier's shoulders.


Ok, we made it 3/4 of the way through the first sentence.  Earlier line?  Meaning further up the course?  meaning faster?  Lets assume that and go on.

Sentence two: Counter rotating.  In digesting that sentence, does it basically mean, as you come into a turn you want to keep your shoulders and hips pointing down course?

This means in the turn, right?  is this pre-turn??  You have your hips pointed down course, then go into your pre-turn, rotate your body AWAY from the turn thereby keeping everything focused down course.  Then go through the turn.  Right?

We entered all that into the CRB babblefish and it spit out.  "keep hips and shoulders pointing down course, you idiot"


What countering allows you to do is soften your legs better, and get your hips or center of gravity leaning away more from the boat. This will shift your body's weight so that you have more pressure over the ski's cutting edge, and make it possible for you to hold a better line cutting more directly across the course. This will set you up for wider, earlier turns. If you close off your hips and shoulders, making them face across rather than down the course, your legs will tend to be straighter and stiffer and your hips or body's weight will be placed more over the center of the ski. This will lessen your ability to hold your ski on a solid edge, which leads to shallower, faster approaches to your turns.


Hmmm.  This one is tougher to figure out.  But, basically this means...if you keep your hips and shoulders facing down course, your weight will be further away from the boat putting more ooomph into your cut, because it will be over the cutting edge of your ski.

Ok, so that wasn't so damn hard.

here is a question though...when you are going across the wakes, do you have your hips pointing at the boat or sideways pointing to the buoy??

Edit:  oh jesus christ...it says right in the damn paragraph about your hips across the wakes.  god damnit.

We are over thinking this.

We were just picturing this in our heads, diagraming it on a white board, and doodling on cocktail napkins.

It sounds, maybe, that you drive your inside hip down course and the body will follow.  I.e, imagine coming into the two ball, and as you begin to preturn your RIGHT hip aims down course.

Is that to simplistic, is that not correct?

Oh boy, our heads are spinning...going to go sit on the porch and yell at kids.

Note: Original article comes via the Ski Sunset Ranch blog, HERE, they have wine too!  bitchin!!
By Dig Dug at January 18, 2010
Email ThisBlogThis!Share to TwitterShare to FacebookShare to Pinterest
Labels: terry winter, we are dumb, west coast slalom