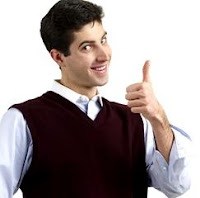 Its a really funny story actually, lets see if we can paraphrase it for you guys.  Ok, it was just the other day, we were all hanging out in the park, getting some fresh air, an occasional pick-up game of field hockey, you know...the normal saturday afternoon.

Jennie, she is Boyds girlfriend, and OH MY GOD, make sure NOT to talk about anything that happened in Port St. Lucie between Steve and Jennie in front of Boyd.  He totally doesn't know anything.  Look, it happens you know?  A couple glasses of wine at the country club, some dancing and that coat room looks cozy does it not?

Anyways, back on point.  We were all hanging out, the whole crew, we have talked about it alot here on this blog, the creaky field hockey stick, in the past so I am sure you know all about us.

Silly Anderson always brings his cooler / knapsack with him to ever outing, full of bottles of wine, grapes, locally grown organic cheeses and lube. (ed. note:  wait what??) 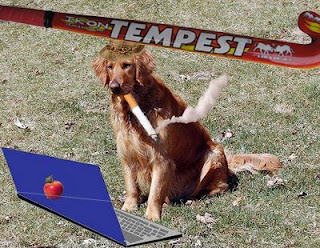 HO HO HO!!  We don't like to use the word ruffian, but, these guys were so uncultured.

It was a feeling that we have never felt before, one of strength, courage and leadership.  One that would allow us to dream of raising the membership of 9 to 53 thousand for triathlons...we felt like we could compete in Tai Kwan Do, we felt like we could walk on water.  It was amazing.  With our new invigorated spirit we quickly dispatched of our competition and retired to our abodes to determine the cause of such a feeling. 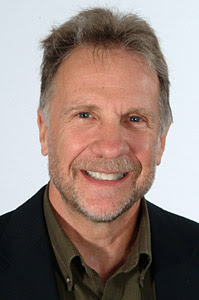 CRB:  um, yo Steve, you just broke the space time continum to go back to a dumb waterski blog.

Steve:  SHUT YOUR MOUF!  I DOMINATE BOTH THE WATERSKI AND THE FIELD HOCKEY WORLD NOW.  YO BITCH ASS BETTER RECOGNIZE

Steve:  THATS HOW WE ROLL IN FIELD HOCKEY HONKY

CRB:  dude, what has happened to you?  There is no need to shout at us or call us silly names, unless its mega love machine then its ok.

STEVE:  WHATEVER CHUMP!!  *disappears into a cloud of smoke*

CRB:  Whats this?  *rattles piece of paper indicating something in our hands*  A HAA!!!  The Exec Report from Field Hockey!  Your ass is now ours Steve!!

Lets do this FJM Style.   yes, its been co-op'ed by KSK, but, its a universal language.  Like Bobsleding.

Last Thursday and Friday I attended the annual National Field Hockey Coaches Association (NFHCA) held this year in Richmond, Virginia. Most of you are familiar with the organization and its purposes. For me, it was great to attend a crisply-run set of meetings with plenty of educational offerings, governance meetings, award ceremonies plus time to meet with many of the sport's principals. Those principals included coaches, USA Field Hockey board and staff members, vendors, sponsors and others. Overall, the NFHCA is an impressive group; all who are passionate about the sport and with some definite points of view. I learned a lot. Thanks to Heather Lewis, Pam Stuper, Christine Battcock and Laura Darling for guiding me about. I especially want to thank Becca Main, the president of the NFHCA, and Jenn Goodrich, the association's executive director, for their hospitality and for allowing me to speak to the assembled group. So, here is what I had to say to the NFHCA last Friday:

OHHHHH REALLY!!  Thanks Heather, Pam, Christine, Laura, Becca and Jenn.  GO TO HELL!!  You can't just leave us and start shacking up with these strumpets!

It is a real privilege to speak to the accomplished women and men of the NFHCA on my fifth day on the job. Serving as the executive director of USA Field Hockey will be my fourth experience with an Olympic and/or Pan American sport under the United States Olympic Committee (USOC) aegis. This will be my first team sport experience, and I enter this opportunity with the greatest level of enthusiasm I have had within Olympic sport. Much of that has to do with the excellent executive director search process carried on by USA Field Hockey; much has to do with the staff at USA Field Hockey; and much of my enthusiasm is because of the quality of people I have been meeting these past two days.


Listen buster, if that was a slam at waterskiing we are going to have issues.  We understand about the "within the Olympic sport" part...as Waterskiing isn't a god damn Olympic sport and we will never, really, buy into the reasoning.

Now, we are going to take some shots now about the team thing.  You know that we sent Geraldo IN YOUR FACE to get into Whitney McClintocks FACE about her contract with the world waterski association or whatever the hell we called it, how dare you say we aren't a team sport!!?!?!?


This past Wednesday in Colorado Springs, I attended the USOC's announcement of its new CEO. It is no secret that there has been a fair amount of turmoil within the Olympic Committee for the past 18 months. Scott Blackmun was selected as the USOC's new CEO. Scott is an attorney; has a vast amount of Olympic experience from former capacities as USOC counsel, sports partner director and interim CEO; was the COO for AEG, a large event production company in LA with many international contacts; and, in short, he is well qualified and will bring stability to the USOC. Scott is also an athlete with principal interests in soccer and field sports. USA Field Hockey will be well respected during Scott's tenure.


Lawyers, acronyms, turmoil.   I got a better acronym for ya.  ZZZZZZ.  It stands for BORING!!!!!


Also on Wednesday, I signed USA Field Hockey's High Performance Plan contract with the USOC. It is amazing. Collectively, looking over all components of the contract, the USOC will invest well over $1,000,000 with USA Field Hockey for 2010. There are 46 national governing bodies (NGBs) with Pan American and/or Olympic membership in the USOC. Of those 46 NGBs, only 5 received an increase in funding allocation for 2010, and USA Field Hockey was one of those 5. Someone, whether it was Heather Lewis (serving at that time as acting COO) or Terry Walsh or any combination of Heather, Terry, the entire high performance team, and the 2008 field hockey Olympic Team, did a bit of magic to achieve that level of funding. Insofar as I can see, the funding number for 2010 is the largest in USA Field Hockey history. Of course, there are caveats, such as maintaining certain rankings in world classification. So, nothing is ever about yesterday's news; we always must continue to maintain forward progress.


A million clams huh?  No wonder you bailed.  Was waterskiing one of those five?  Because the CRB hasn't seen a damn dime.  We have said this a million times, we are nothing if not marketing whores, you want a comedy / NSFW-ish blog about Field Hockey??  We can track down Rowboat to fire it up.  It could be part of the CRB community.  MAKE IT HAPPEN STEVE!


So, what do I see as my goals going into 2010? Well, one is to increase membership and we will talk about that as a USA Field Hockey board/staff in the near term. Another is to maintain the financial solvency of the organization and, indeed, to increase its assets over time...both financial and other. And, finally, my goal is to communicate on a regular basis both the good news and not so good news as everyone involved in this sport is entitled to know. That communication will take place through many different media.


Oh, we have heard that before!!  "Many different media"?  That sounds weird.  Should it not be "Many different FORMS of media?"  or "media outlets?"  Are you using "Media" as a verb or a noun?  ACK...need to sit down, my head hurts.


Thank you for this time to introduce myself to you. I hope this to be a long relationship and for us together to accomplish amazing things over the next several years.

So, that was it. The audience clapped politely, and under their collective breathes thought: "Hope this guy is the real deal; we'll see."


You didn't really introduce yourself.  You just sort of said what you did.  You didn't mention you left your family in the lurch back in Orlando!!  HUH??  WHAT?? HUH??!!  ANSWER US!!


I am now back in Colorado Springs and will be spending the remainder of this week continuing to review financial documents and thoroughly reviewing contracts. Additionally I am having lunch dates with staff members trying to get a grasp of responsibilities and how everyone intertwines with each other. It seems complicated, but I am sure as we move along, things will become more obvious and maybe even simple. A major concern I have is to assure those involved with Futures that we have well versed people in place as we go through the transition that started upon my arrival.

This Friday I travel to Los Angeles to meet the many male athletes at Moorpark, and learn to play the game (i.e. get beat up by the men's national team). I am really looking forward to the weekend. I will be the guest of USA Field Hockey board member Martha Jordon and her family. And, I am looking forward to my visit with Martha.


No Leno quotes? It would fit perfect, a quote from a back stabber recited by a...ahhhhhh who are we kidding?? we can't stay mad!

Best of luck with Field Hockey Steve!!  Thanks for everything with USA Waterski and of course, that one time we called you late at night and you had to drive to Dallas to pick us up because we foolishly hooked up with a rodeo guy who was good looking, with a rough side to him that was exciting, but a gambling problem and was abusive to women.  So, yeah, thanks for that.