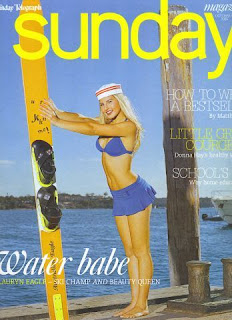 Waterskiing has introduced many new things into my life; cool peeps, fun travels, sunburns, drinking and crazy hot women. And this blog likes to focus on the last two of these. We have the CRB Girls, and the fact that about 90% of the posts were written while under the influence of some form of booze. Well today's post puts both of those together...no where near me.

Lauryn Eagle is a Ski Racer in Australia. She also works for FoxTel (fox sports in aussie land?), models and is currently competing in the Miss Universe Pageant...oh did I mention that she also likes booze?

COME ON NOW! Lauryn is wicked hot and can't get some dude to give her a ride home when she is boozed up and has no license? Man those aussy guys are a bunch of useless sally's!

A spokesman for the Miss Universe Australia pageant confirmed Eagle had entered the NSW leg of the 2010 competition.

"Lauryn is an entrant," he said.


Um, way to state the obvious. I would like some photo evidence... 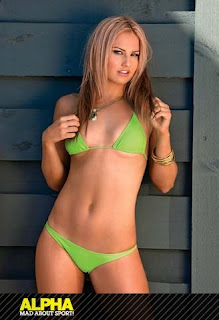 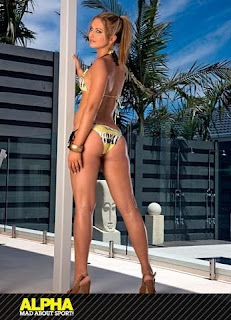 Alpha photo shoot from 2009 (much better but no skiing shots)

I mentioned this article in a Lake Trout awhile back. Her father was killed in a boating accident back in 2008. Sad stuff


If you want to see her in action selling some nonsense then watch this.

oh, and I love this girl. NSFW. No idea what that article says as its in Russian, but all I can say is HELLO NURSE! PRINCESS OF PROPS!
By Old Dirty Bass Fisherman at December 18, 2009
Email ThisBlogThis!Share to TwitterShare to FacebookShare to Pinterest
Labels: 6 beer minimum, AH YEA, boat crashes, CRB Girls, hotty, Ski Racing