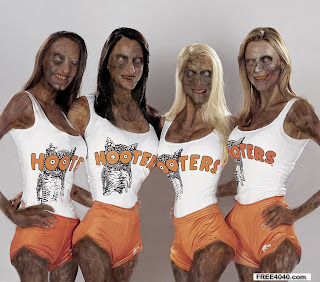 ugh. Pretty sure at this years CRB Halloween bash-a-rama, being held at an irish pub down the street from our headquarters, we are all going to go dressed as jaded yuppie scum.

It will be something that no one has seen before. Oh, sure, there will be people in interesting outfits, even things that make us go, "well, i will be damned, that's cool, why didn't I think of putting on a wedge hair-cut wig and carrying around a bunch of kids and acting like a bitch all while dragging around a fat, smoking loser and be Jon and Kate plus 8?"

Because we aren't that creative.

Its not even that we are old, we are all perfectly in the gold mine target demographic that all advertisers shoot for, with disposable income (thanks google ad-sense!!), hip sensibilities (thanks internets) and raging alcoholism (thanks jack daniels!).

Its that its really hard to come up with a costume that you are happy with and not just something you threw together at the last minute because you want to go out and get your drink on but, also don't want to look foolish because you are the only person there not dressed at someone from Twilight.

That Robert Pattinson is so dreamy.

No, Halloween is a damn hassle, Look I wanna go out and have a good time and am not smart enough to think of a costume! QUIT PUTTING ROAD BLOCKS IN FRONT OF MY DRINKING!!

Nope, no more of that foolishness this year, besides, we dress up everyday and pretend to be people we're not, ODBF dresses up every single day and pretends to be a responsible member of society and we all know that isn't true!

The only way to combat this issue is to take it to its logical extreme and that is totally going all method actor on your ass. Like Robert DeNiro in Raging Bull or Sasha Grey in No Swallowing Allowed 13. She really nailed her part. tee hee.

So, this year we are going as waterskiers! Method waterski acting!

Slap on the rash guard and vest, and ski all day.

See, jokes on you guys! You are just playing a role, and we are actually living it out! Suckers!

We just won the costume contest that you weren't even playing! SUCK ON THAT!

Have a great weekend.

/jumps in van
/hands out candy
By Dig Dug at October 30, 2009
Email ThisBlogThis!Share to TwitterShare to FacebookShare to Pinterest
Labels: drinking talk, halloween, not meant to be a downer