We here at CRB HQ seemed to have missed out on the first few weeks or so of the Collegiate waterski season, it happens, so, below is the ODBF thoughts on the season. Edited by Dig Dug (me) which gave me an enormous headache sifting through the ODBF’s sentence fragments, misspellings and ghetto speak. Enjoy. *eats three vicoden and drinks fifth of vodka (dare me to drive?)* 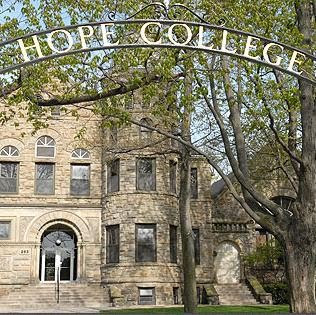 Is Saint Mary's College in the hunt for nationals? Not since the NCWSA board meet and decided that there was no need to invite other teams anymore since Hope was going to win it all anyways.

Ok well we all know who will dominate again this year but we might as well take a look at the rest and figure out how it might look if Hope had not made nationals a waste of time.

Lets do this damn thing with a list of some sort.

ULM seems to have such an advantage that no one can get close to them they are first on every ranking list that has come out so far this season. With the addition, on the mens side, of the jumping phenom Zack Worden they have only beefed up their already top-notch team. On the women’s side they did lose the Belorussian wonder Natalia Berdnikava but are still putting up solid numbers with the rest of their girls. 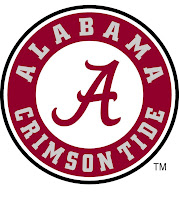 Alabama seems to have had quite the rebound, just a few years ago they were on the verge of disappearing and now look at this team, ranked second and ahead of the FSC machine that had been gaining strenght every year. And just look at the scores they threw out at the Eastern Regionals! Mens team is solid, centered by Borden and Danial Wilson and Aaron Curmi they are going big. The Womens side is just as stocked with Caroline Hensley and Olivia McDonald providing a solid backbone. If ULM slips at all Alabama will take the title no problem.

As the west has not had their regionals yet we have probably not seen the full might of ASU (ranked 3rd). But looking at their last tourney you can see they are well stocked on the mens side Storm "GBH award winner" Selsor is a skier that any team would die for, Kevin Melnuk, Skip Winter and the rest set ASU up for a solid place at nationals. ASU's Womens team is good but a little weak in tricks and jump, solid in slalom though. You will See ASU give the top to a run but will come up short, and will need to watch their back as the next two teams will have no mercy. 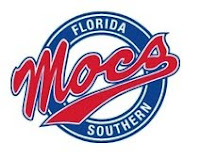 FSC (ranked 4th) was the big new comer for the decade and took over as the power team from Florida when Rollins seeming fell off a cliff. As usual FSCs mens team is solid, anchored by Alex Paradis and Matteo D'Alberto, they will certainly be a contender but better bring their A game if they want to see their mens team place better then 4th. Their womens team will keep them from placing better then 5th or 6th overall though. team is build on the very solid scores from Clem Lucine and Keri McClure, but it looks like their other 3 girls are all new to 3 event and thus will bring the team down.

Now 5th and 6th on the NCWSA team rankings list are both midwest teams, UW Madison and Purdue University. Now look at all of this for a minute and think about it, you are probably saying to yourself "Man I really could go f0r pizza and a Miller Lite” (ed. Note: this makes no damn sense).

Well the CRB says "beer and pizza do sound like a good call", but really I seriously doubt you will see ULL anywhere below 5th this year. Now for ULL that is falling off a cliff, but I doubt we will see any of the non-scholarship schools knocking off ULL. They are not looking anything like they used to but they are still going to put up numbers that only a select few can touch. The men’s team is solid in slalom, but a big score shy in both tricks and jump from putting them in the top spot for men’s overall.

But Matteo Luzzeri will be up near the top in all three events and has a solid chance at a individual overall crown. Now I will have to say I am a bit confused by the fact they only fielded 3 girls on the women’s side, that never makes sense. There has to be a skier at Lafayette that can grab a few buoys, throw a trick or to and give a go at the ramp, just taking the zeros across the board makes no sense to me. But ODBF is not their coach so my opinion dont mean shit. Their 3 girls, led by Stinne Soendergaard, are solid and will put up scores strong enough to hold off the rest of the pack. 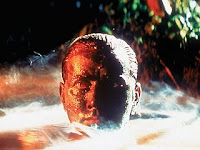 From looking at the rankings list it appears that the midwest should take spots 6 thru 8 million. But the #5 team in the country, UW Madison, highest rank from the ever growing Midwest Region, apparently screwed the pooch (or cow as they are from Wisconsin), and did not even qualify for DI this year. But the Badgers along with Kansas and Cincinnati have a very good chance of going 123 in DII. With Madison out, Purdue, Illinois and the surprising strong Iowa State will be going at it with Texas, Rollins and whomever the competitive west brings in with ASU.