Greatest Waterskier of all time

So I was doing my daily not working at work routine and I came across this, article and vid in which Skip Gilkerson makes the claim to being the worlds greatest waterskier. No 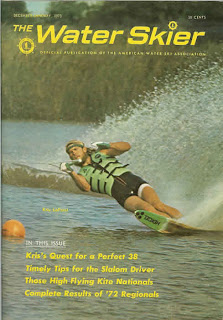 w I will not argue that the guy did things on the water that no one else of his era could do. Now there are alot of skiers out there that can do things that were never dreamed of in his day; one ski mobes, 240 foot jumps, ski line 7s, running 41 off, 5 teir pyramids, hydrofoils and so on.

I would argue that greatest skier of all time is a title that no one can really hold. You can have greatest show skier (Skip has a solid shot at that), greatest footer (Mike Seiple? maybe Scarpa?), greatest 3 eventer (Patrice Martin would be my vote), greatest kneeboarder (who cares), wakeboarder (thats a toss up, still a young event), and so on. So how would you decide the greatest of all time? How about cross over atheletes such as Zane Schwenk (show skiing, freestyle jump, wakeboard), Russel Gay (wakeboard, tricks), Daren Shapero (3 event, wakeboard) and many more. But what about the inovators of our sport, the first guys to cut at the ramp, first to hit 100 or 200, first to run the course, first to do a flip on a trick ski, first to do inverts off the ramp.
Tell me what you guys think, I have no idea here. I'm conflicted, does the dominance of a single event (freddy) or the overall skill (patrice) or the ability to be a power in multiple disiplines qualify you as the greatest skier of all time? Is it Sammy or Patrice? Zane or O'Conner, Bonifay or Llewelyn? Ken White (dudes video was sick) Tommy Dorwin?
DAMN IT TELL ME WHO IT IS!!!
By Old Dirty Bass Fisherman at August 27, 2009
Email ThisBlogThis!Share to TwitterShare to FacebookShare to Pinterest
Labels: bored at work, classic waterski, greatest of all time, Jump, Show Ski, Slalom, tricks, Wakeboard, what about kneeboard?