The Honourable Gary Lunn, Minister of State (Sport), today announced
that the Government of Canada will provide funding of $250,000 to the 2009
World Water Ski Championships through Sport Canada's Hosting Program. He was joined by Ted Menzies, Parliamentary Secretary to the Minister of Finance
and Member of Parliament (Macleod).

"Our Government is proud to support the 2009 World Water Ski
Championships at Lakes of KastynStone, which will bring together 205
athletes from 40 countries," said Minister of State Lunn. "This event will provide participants and spectators alike with an outstanding opportunity to enjoy the highest level of water sport competition, and I wish all our athletes competing the best of luck."

"Sport strengthens individuals by enabling them to develop skills such as
leadership, discipline, and perseverance," said Mr. Menzies. "Today's
announcement is another example of how our Government is supporting sport
participation and athlete development here at home."

The Worlds are recieving $250,000 canadian, which is about $4 US (I got that
number by multiplying 250k by the current exchange rate of "i have no clue" and
came up with $4) from Sport Canada Hosting program. Well that is really bad ass,
at least some countries understand what Waterskiers can bring to the table. To
bad its our cold neighbors to the north and not our own. USAWS has spent years
and quite a bit of cash trying to get in with the USOC and as far as I can tell
for all their efforts they have been told to die in a fire. While a quarter of
million is not a ton of money I am betting it will go a long way to helping the
Worlds come off as a successful venture for the LOC.

So far it looks like the Canadians are doing this whole thing right. And the
CRB wishes them the best and lets hope they get those 20,000 person crowds
they are looking for. Lets make skiing what it is meant to be. 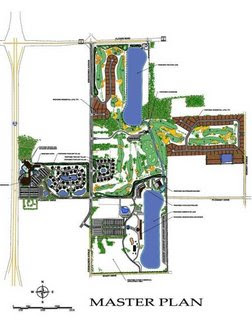 If you remember about 3 years ago the College Worlds was to be hosted in the US in some small town in Wisconsin. Well that could be used as an example of...well...how completly incompetent all involved with that were. That may sound harsh but why would any governing body award a tournament to a site that had not even begun to be built and had not even had basic surveys run by any environmental agencies? Things come up and projects get delayed and shit just does not always turn out the way it should. But hell, at least the Canadians picked a site that actually has water at it.