Stop the Presses! No, wait...Read the PDF! 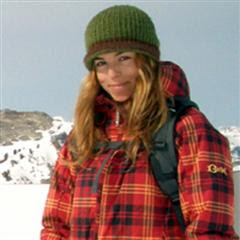 Ball of Spray posted this the other day, the presser from Malibu about the Pro Tour Stop in Abbotsford. Abbotsford as you know is in Canada, British Columbia to be exact. Which, to our knowledge also contains Whistler, which is a rad ski hill.

Now, the CRB has not ventured that far north, but, Victoria Jealouse, a pro snow board girl graced the pages of Transworld Snowboard and we were smitten.

"What does this have to do with waterskiing?" you are saying to yourself. Which is a funny thing to say to yourself.

Nothing is the answer. But, We are saying that B.C, Canada is awesome, so is Abbotsford and by all means we all should go to the tour stop and cheer for our favorite skiers and drink Molson. It would probably sound like this.

Click here for the press release from Malibu. or, should you so desire and don't want to click links, by all means, read below! Oh, and no one can butcher formating and hyperlinks like the CRB.

(Abbotsford, BC, Canada) – The World’s top water skiers and jumpers will gather in Abbotsford, British Columbia September 18 – 19, 2009 to lean towards greatness behind a Malibu Response LXi. The Fraser Valley Water Ski Club is offering their man-made lake in Albert Dyck Park as the springboard to World Records. With this unique facility and the right water conditions, anything can happen. Join FVWSC, Pro Slalom Events LLC and Malibu Boats for an excellent couple days of Pro slalom skiing and jumping in the water ski capitol of Canada.

Top Men’s Professional Slalom Skiers slated to attend the last stop on the Pro Water Ski Tour include World Champion Team Malibu Skier Will Asher, World Record holder Chris Parrish, Jamie Beauchesne and a large field of international competitors. The Slalom portion of this event will consist of 2 record-capable qualifying rounds. The top 8 will emerge from qualifying to participate in an exciting head to head final. Qualifying will take place on Friday, September 18, 2009 with the finals following on Saturday the 19th at 1:30pm.

The high-flying Professional Men’s Extreme Jumpers showing up in Abbotsford will include Freddy Krueger, Jaret Llewellyn, Ryan Dodd and more. The best in the World will be present to hurl themselves toward the World Record and to a top podium finish. Krueger currently holds the world record with an unbelievable 247 ft. mark. The first round of Jump qualifying will commence on Friday, September 18, 2009 in the afternoon, followed by the second round on Saturday morning. Finals will take place Saturday afternoon at 3:00pm and be conducted in a new and exciting head to head format.

Pro Slalom Events, LLC’s goal is to bring water skiing back to the national spotlight giving spectacular athletes a stage to perform on. Founded by Dana Reed, Pro Slalom Events, recreated the Pro Water Ski Tour for the 2008 season, which became an immediate success. In 2009 Pro Slalom Events are continuing the 2008 momentum supporting events in North Carolina, Michigan and the Abbotsford, BC stop.

Reed had this to say about the Pro Ski Tour and its new relationship with Malibu Boats. “We are excited Malibu Boats shares our passion and enthusiasm for water skiing enough to support the amazing display of record-capable Slalom and Jump talent that we are sure to see in Abbotsford.” Reed continued, “We can’t wait for the event!”

Abbotsford has one of the only dedicated water ski venues in Canada; therefore, it has a long history of hosting amazing events. Albert Dyck Park is a unique facility with a man-made lake that hosts many local, provincial, national and international championships every year. The Fraser Valley Water Ski Club is continuously working to foster the development of new and existing athletes. FVWSC is committed to providing opportunities through the hosting of these types of tournaments.

About Malibu Boats: Build the best boat possible, give boat owners the best value and enjoy the workplace. Since Malibu Boats' inception in 1982 the mission has been this simple. On the journey from building 100 custom ski boats a year in a small shop, to their standing as the world's number one selling wakeboard and water ski boats, Malibu has become an exemplary American boat company.