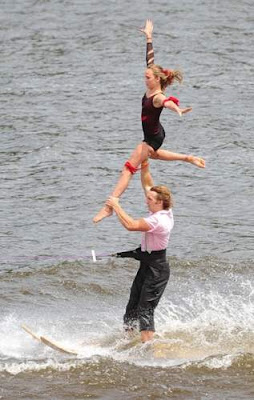 Hey now! is that appropriate?

After a drunken weekend for the ODBF and a whole ton of teams and skiers on the water The Mad City Ski Team of Madison won the largest ski tourny in the world. Pretty cool feeling I would think. I dont remember cuz I decided to drink my memories away. oh and I have never won nationals in any event. But I often kick the Rowboats ass in overall at 3 event tournaments. So I got that going for me.