Im going to go off on a bit of a tangent here and at no point in any way will this have anything to do with waterskiing. well hell it might I have not typed it yet so I really dont know if i will get to skiing, but ah hell just read it or dont...whatevs 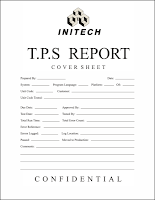 y 7 bosses (which somehow inicludes the janitor and some truck driver that I dont think even works here), and I decide to check out one of the many news sites out there. This is a crazy time in the world, there are big events occuring all around the world; Democracy protests in Iran, a war in Iraq, a war in Afganastan, ethinic riots in China, Obama and Putin meetting for lunch...and well lots of other news... But what to my dismay do I find as the lead story on every news website, every TV station, every radio station, most every freaking blog? MICHEAL JACKSONS MEMORIAL? all I can say is what the FUCK IS WRONG WITH EVERY ONE? FOR GODS SAKE THE GUY WAS A CHILD MOLESTER!!! I dont think they are going to have a memorial for that child molester that moved into my neighborhood when I was a kid.

(seriously dude, why my neighborhood? all the rents got all freaked out and it totally screwed up my buddys 9th bday party, then you took pictures of kids at the park and you went back to prison...dipshit)
People are actually committing suicide over this has been! are you fucking kidding me? Killing yourself over some guy who sang some decent tunes back in the '80s then fell off the wagon of normalcy? Good Lord, you have to be kidding me, how were people this damn stupid able to survive this long? Not to be cruel or anything, but...yea wait, screw that, I am going to be cruel, The world is a better place with out you morons, good ridence. seriously again all i can think to say is FUCK WHAT THE FUCK? GAHHHHH.
It is just so incredibly irritating that our society eats this stupid shit up, we have Americans (and our allies) dieing every day fighting in wars across the world, we have a country that is on the fast track to economic ruin and we spend our time watching a bunch of fucking wackos bury a has been musician. Ok he was a pretty good musician in his prime, but so is Neil Young, and I have to say that Neil Young is light years more important to modern music then MJ ever was and I can guarentee you that when Neil dies there will be some sad peeps out there (those that have any sense of what music really is) but not a single person will kill themselves, and the funeral will be a small and respectable affair that does not draw such publicity whores as...well all those dumb shits in this link. And wait...wait...did that say VIP seats...and they charged admission...and the mayor of LA is asking for donations? FUCK FUCK FUCKITY FUCK
and just to add a little icing on the cake...

The public part of all this - the escorts, police presence, securing the
freeways and area around Staples - is expected to cost well over 4 million. That
of course will be paid for by the City of Los Angeles. 4 million is a lot of
money to throw away on a private citizens funeral, but considering none of the
Jackson actually live or pay taxes there, it makes sense.

Well that makes sense, California is only on the verge of bankruptcy, so spending $4 million of public money on a funeral really makes sense...
All I can say is FU...hey look hot chicks!

wow, people wear that type of stuff? in public? I need to move...