This is straight up cut and pasted. This is the first official look into the troubles that have beset the ski boat industry.


MasterCraft reports that it has found a way to return to viability without filing for bankruptcy protection, and is asking its vendors to accept a staged repayment plan or a discounted immediate payment. 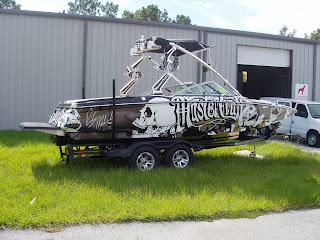 While this is an out-of-court process, it will take a "significant amount of cash to restart production and normalize the company," CEO John Dorton said in a June 5 letter to vendors.

"This is a very happy outcome compared to what it could have been and what else we're seeing in the industry," Dorton said in a phone message to Soundings Trade Only. "This will be out of court, and we're just looking for our vendors to help us."

Dorton is traveling today and could not be reached for further comment.

Vendors agreeing to the staged repayment will receive 25 percent of the full amount owed, on or before July 30. The balance will be paid in equal quarterly installments during the next four quarters beginning Sept. 30.

Vendors choosing the immediate payment agree to accept a 35 percent discount off the full balance and will receive payment of the remaining 65 percent July 15.

"MasterCraft is in the process of restructuring our balance sheet to deliver and generate the liquidity to ensure our ongoing viability," Dorton said in the letter.

"More specifically, we have reached an agreement in principle to convert our existing bond debt into a combination of 1) the equity of the company and 2) a very manageable revised debt load, which will require no cash debt service going forward," he added.

The restructuring is being accomplished through the support of Wayzata Investment Partners, the company's largest bondholder. Wayzata is a Minneapolis-based investment firm with more than $5 billion in assets, according to a statement released by MasterCraft.

"The company and Wayzata have arranged for this restructuring to take place out of court, which will allow MasterCraft to avoid the damage and distraction to our business that would be caused by a bankruptcy filing," Dorton said in the letter.

The company, Dorton said, is seeing reduced dealer inventories, zero factory inventory, and a demand for its 2010 models. He expects the company to begin building boats regularly beginning July 6.

"Our pipeline is considerably healthier today than it was last year," Dorton said in a statement released this morning by the company. "Today we have zero stock boats at the factory and 35 percent less inventory in our worldwide dealer network."

Dorton noted that the last nine months have been challenging for the Vonore, Tenn.-based builder of ski, wakeboard and luxury performance powerboats.

Unit shipments declined 56 percent from fiscal 2008 to fiscal 2009 and, as a result, MasterCraft went into "crisis cash management mode in order to maintain our liquidity," Dorton said in the letter to vendors.

This meant laying off the majority of the work force, significantly curtailing production, and reducing wages and benefits for remaining employees.

Dorton emphasized that the company will proceed cautiously.

"We are taking this opportunity to be both leaner and smarter in all areas of our business, and we are confident that, following this restructuring, MasterCraft's industry-leading liquidity, balance sheet and inventory pipeline will position the company for significant growth when the market recovers," he said in the statement.

Lets hope they learn from it and dont think that leaner only means fewer employees, but also fewer outlandish hull designs.
The following is an ODBF interview with an industry insider*

ODBF: so what does this mean for the waterski boat industry?

ODBF 2: they be screwed 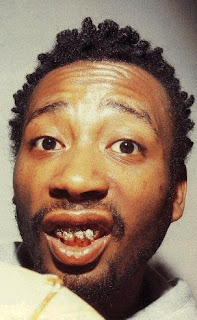 ODBF 2: unless a vast majority of MC's creditors sign on to this deal you will see a bankruptcy filing in the near future, most likly chapter 11 reorginization but possibly a chapter 7 liquidation.

ODBF: and what does that mean for the industry as a whole?

ODBF 2: it means the entire industry as a whole has priced itself out of reach of the common consumer and with the collapse of the credit markets has cause companies such as MC to become way overextended and unable to refinance their credit obligations.

ODBF: so from this statement it looks like they are working it out.

ODBF 2: possibly, but this is just a statment showing that they are putting out an offer to pay their debts. If, as stated before, they do not recive commitments from a vast majority of their creditors they will be forced into bankruptcy.

ODBF: so what are their chances?

ODBF 2: How the hell would I know? Im you remember? and if you dont know I sure as hell dont know.