Its Come to This 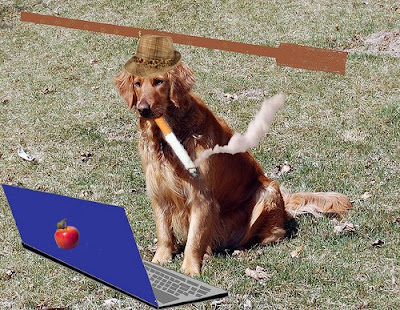 It's on now dawg
This is not a proud day in CRB history. It was a day we feared was coming. We like to think of ourselves as a group who espouses waterski love..both good and bad..but all for the greater good. We are at heart a gentile group, a genial bunch who prefer a negotiation style for conflict resolution as opposed to an emotion fueled rant*. Even now, as a retiree from the daily rigors of posting for the company I began in 1947 as just a dream of someday being able to speak to tens of people via my portable typing device, even now, as a member of the CRB Alumi Society and Drinking Consortium I felt it was necessary to invoke my given powers of "whats best for CRB" and take care of a situation. One not unlike this obscenely long paragraph, and the painful misuse of present and past tense.

We have been pushed around for far to long by, what we thought, were our blogging brethren at the shameful lake of sin. It began as fun, with Nola the dog nabbing our trusty, albeit dented and criminally poorly done MSpainted, cooler.

Then came the theft of our paddles. Which was also fun, in that, we enjoy floating around and drinking as much as the next red-blooded, neoprene covered, womanizer. So, we let that slide. 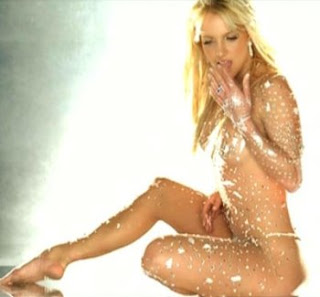 Remember Brit as the hottest thing since the sun was invented? We Do.
Two links in a sub-title? Yes, we went there. Its very worth it, even if we don't believe in Servitude, or womanizing.

Its identity theft of the highest order.

Not only THAT! but, she stole our laptop!

OUR LAPTOP!! That Bitch!!

Which, seeing as she is a dog, is not only a brutally effective insult that will no doubt affect her for years to come, leading to self-doubt, drug addiction, tattoos, street life, reform, regaining sense of self, then coming out of the basement to eat with the family ala bubbles...but, its also a very accurate descriptive term.

Well, that was the last straw, ODBF brought me in for a strategic plan of attack. We talked for hours about baseball (Yankees suck), various free-agent movements from the NFL (Bart Scott was overpaid), the price of wheat futures in China (investing in the long term is a poor use of market capital), the collapse of the auto industry in America (lack of alternative energy solutions, over-reliance on large trucks, the unions, moronic leadership, overwhelming sense of arrogance, bad brand strategy, the piece of shit Vibe, over-saturation of dealerships, the unions), the Obama bailout plan (we voted between the two of us, and it ended in a 10-7 vote...no idea where the additional 15 votes came from..we suspect Skifly).

Anyways, after a case and a half of lone star beers, three burgers, a hot dog, 36 carribean jerk chicken wings, a thing of cotton candy, a 1/2 bag of cashews, two shots of whiskey, two failed games of indoor pole vaulting, we arrived at our plan. 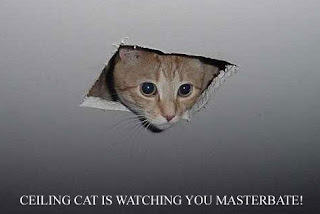 Approximate representation of our indoor pole vault, without the manual sex
This is how it all unfolded.

Our Intel provided to us from the Military, and Nick Nolte, showed us that Nola is no longer the free-wheeling, devil may care, habitual fornicator that she used to be...No, its much worse, like Stringer Bell, she now rides with security at all times. This is evidenced by the photo that the Minion took on the stake out in either Fallujah or the parking lot of a Wells Fargo, or, the gas station from "The Stand". 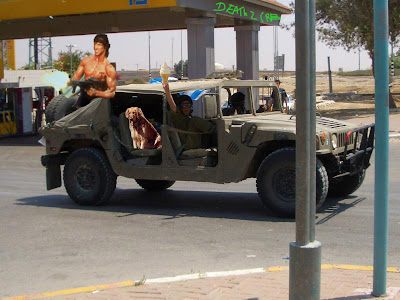 Brazen Nola peers our from Hummer
Death to CRB? How far have you fallen? It breaks our heart...and to see Rambo come out of retirement to assist in your protection? Well, that's really just smart business and we applaud you for your resolve...but serioulsy, Judge Dredd?

That, the ice cream, was the weak link in your mostly air tight security. We tried in vain to penetrate the outer defenses that you had set up at your compound outside of Starkwood Military, but to no avail. Until, we focused our efforts on the ice cream junkie and only then were we able to break through.

We fed his addiction with many gallons of mint chip, rocky road, plain vanilla, gift certificates to Cold Stone, a crate of waffle cones, very berry, choc chip cookie dough...basically, we threw a damn Baskin Robbins at his ass...sure enough...he took the bait.

Its an unfortunate cost of waging war, as there will be casualties...he did slide back into Ice Cream addiction. 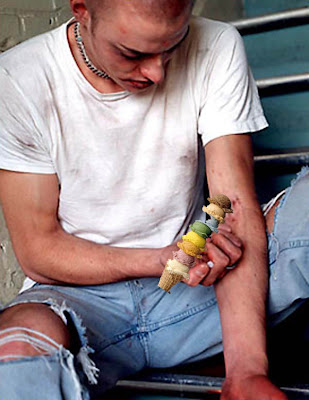 Chasing the delicious dragon
However, the battle was being fought. And if anything we take our advice straight from sort of fictional television characters, and as Slim Charles said to Avon Barksdale in The Wire, "when you in it, you in it...if it's a lie, we fight on that lie." So true Slim...so true.

Its just the cost of doing business in the high stakes world of competitive waterski blogging.

Knowing Nola the way we do, we knew that this was not going to be easy, it was going to be a battle and we needed someone to help out and do the things that we aren't allowed to say we do.

You know who that man is. The man who actually stars in his own documentary, Jack Bauer. 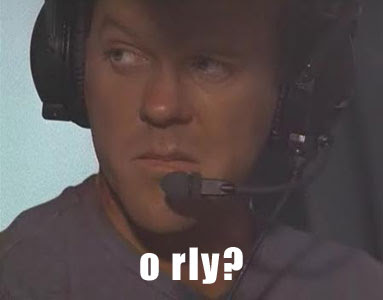 I will strangle and kill your subtitles
He staged a dramatic battle filled with high tension and dramatic one-liners that left both viewer and participant exhausted. It was a dramatic thrill ride filled with so many visceral moments as to over-whelm ones senses, as well as casting into doubt the Orwellian nature of ones own beliefs of right and wrong, one in which our hero, the protagonist, fights his own demons as well as the enemy in a figurative fight over his own virtues.

Either way, he captured our enemy and was willing to torture Nola to get the information necessary.

Thankfully that wasn't necessary, she was willing to give up the cooler AND our paddle without a fight.

However, our laptop? Not so lucky. We are a peaceful people, full of hope and optimism, so instead of turning our vengeance on this misguided dog, we instead turn to the mastermind behind the devious behaviour and ask you, no...command you, to return our stolen laptop to our rightful possession, no questions asked.

We have Nola in our possession and without your compliance we are wholly within our right to carry out our final objective, with extreme prejudice. 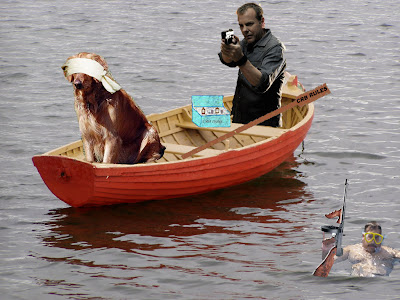 Patrolman: guys seriously, my hands look like prunes...can I get out of the water?
CRB: NO! PATROL DAMN YOU!
Patrolman: But, my gun is getting wet!
CRB: nice goggles. Get to work.
Patrolman: I cant tread water for 24 hours straight as your shift details me to do.
CRB: /picks up phone. Dials Brother Mouzone
Patrolman: OK OK! Can I at least have my arm floaties?
CRB: Here. *tosses floaties* Panzy

We have your dog as well as our cooler and our paddle back. Nola is being held in the CRB rowboat of ill repute somewhere on a body of water. Don't even bother trying to find us, we have armed fat guys in goggles patrolling the waters.

Understand, this is not a negotiation. This is a demand. Jack and the CRB will not rest until we have in our possession everything that belongs to us and a misguided sense of resolved justice.

oh, if you could throw in a box of Cheez-its and a pound or so of fresh cut deli meats, that would be awesome too...plus we are running low on Stroh's.

Please send everything to the address listed below.

Yours in all things holy, and Patrice Martin,