So Twiggy has been missing for a while, so we said that we brought in Splinter from Gitmo (well that and an odd drug smuggling incident). Well while I was serving my time and since I have gotten back the waterskiing squirrels known as Twiggy 4,5 and 6 were busy. They made some more Twiggys (I could have sworn they were all boys). Apparently after a unfortunate baby eating incident by Mommy squirrel and some slight inbreeding issues, they got to training. Not to be professional water skiers, but trained killers. This is the note that the left on the door at the CRB headquarters:

Dear Daddy,
we missd u. did u git ur prblm tkn car of? r u goin 2 stp hittn us if wes dont do so god? wes got board when u waz gone + hav bein train to be killerz. wes bein follwn the site + sawz that nola beach waz buggn u guysz again. so we came home to protect u guysz from her. we also founds us a ldr whilest u waz gne.

PZ-wes rlly dont knw how mny of us there r. u nvr taught wes to count.

Yeah yeah they had a tough upbringing, daddy is a anorectic movie star who once had great "features"/drug dealer/squirrel beater/Gitmo escape/internet blogger, but it could have been worse. This is now what the CRB headquarters lake looks like now:

(Disclaimer: That is some random neighbor skiing not any of us.)
Aright Rykert, Steve Locke is the leader of our army.  He has picked his side...like he would quote the lake of sin.  We have such renamed the CRB headquarter lake "Drunk Knox" because not only is it drunker than Fort Knox its even more secure.  Just incase Nola trys a airbourne attack we hired these guys: 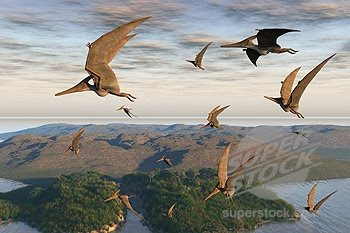 Thats right terradactyls! What now beyotch?!?!?  On a serious note, could you imagine if those things were real?  They could like sweep down  and take your car right off the ground.  The minion now has a new fear...need to find the night light.
We can now tube in saftey....
Note to PETA:
Many squirrels were actually harmed in the blog, but who cares there are too many of them and the only interesting thing they do is jump from tree to tree.  However, no teradactyls were harmed.  Oh and if PETA is actually reading this we will not eat ice cream made from breast milk!! Stupid PETA!
By CRB Minion Reincarnated at April 23, 2009
Email ThisBlogThis!Share to TwitterShare to FacebookShare to Pinterest
Labels: army, crb army, mspaint fail, peta, soldiers, teradactyls, Twiggy Test