Twiggy...well splinter test is back!

Hey folks it's the minion. Sorry I have been gone so long, but I have been in Guantamo Bay for the last few months. However, thanks to B to the O-Bama I am now a American Citizen yet again. Yet again I need to stop hanging out with that Denny guy, this time they thought I was involved in a terroist attack. Well thanks B-dog I'm free. To pass time in Gitmo I was trying to train Twiggy however he was quickly eaten by my Arabian friends. So I have been training the Gitmo rats who I have named Splinty.
The rats ski well...eh OK. Anyway we did a test of the wake kite dealy that has been out for a few months. It is almost as cool as the wake tube. So we did a Wake Kite vs. the Wake Tube (shhh we don't really have a Wake Tube).
When Splinty went up on the Wake Tube we quickly realized that the recommended 25mph was not fast enough to lift up the tube so we took it to 40mph. Well as soon as we saw wind the kite tube did some cool twisting 360's and then crashed killing splinty numbero uno. RIP dude. Then we moved on to the Wake Kite. 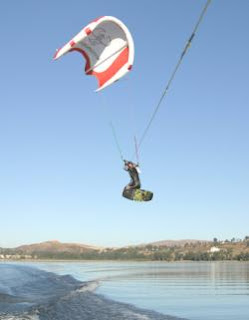 This worked really well. Splinty numbero dos got up super high (thanks to ODBF for the killer...) but really couldn't do any tricks. Then the wind shifted. He had a minor concusion. Well a minor concusion for a rat costs more in hospital bills than to hit him in the head with a hammer. We are now on to splinty numbero trace. RIP dude.
I am back bitches! And even drunker thanks to my good old friend PBR. Way better than the beer made in Gitmo out of human waste, yet still better than Cubin Beerz made by my home boy Fidelo B-Dogs, "G". So peace yo's heres to not drinking my own urine!
By CRB Minion Reincarnated at January 23, 2009
Email ThisBlogThis!Share to TwitterShare to FacebookShare to Pinterest