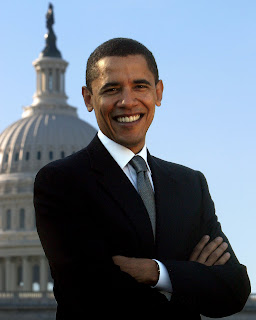 Hey! We got a new President!! Anyone else hear about that?!?!

The current editor of this site, the ODBF, asked me to wax some opinions here in this space about the election. Why? I am not sure, but, I would venture a guess that its because I am much better with grammar and the English language.

However, after spending an hour or so bashing away on the keyboard I decided that the CRB is not the place for that sort of talk.

However, here are a few thoughts for you guys to chew on.

1) I am amazed at the ground swell of support for both candidates.

2) Obama's meteoric rise is simply astonishing. I remember seeing his win in 2004 in Illinois on TV. He has the IT factor. Opinions aside, he looks like a president.

3) McCain was most likely a sacrifical lamb for the republican party, expect a reorganization of the party and a Palin ticket in 2012 and that will be fun to watch.

4) I expect the next campaign to start in about a year for the 2012 election.

5) Thank god this whole thing is over.

We started this site, in its current incarnation, after the last major election. So, this is our first CRB Politics situation, and as a waterski site, its not our place to go off about anything. We hope everyone voted. If you voted for Obama, well, you won. If you voted for McCain, well, you lost.

Its over...but we leave you with this.

I still can't reach the fifth ball on my 28 off set though. Now, That would be a change I could believe in!!!!
By Rowboat Abides at November 05, 2008
Email ThisBlogThis!Share to TwitterShare to FacebookShare to Pinterest
Labels: CRB Off-Topic, mccain is gracious, obama is smoove, politics, sacrificial lambs with mint jelly, this country is amazing.....in a good way