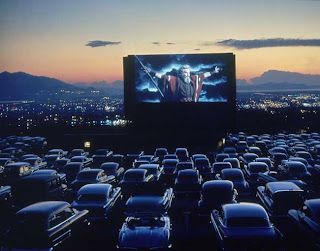 Following the first ever real live-blog the ODBF asked me to sum up our experience and give people something to think about for Monday.

Now, initially, the obvious question is this....Why me? You gave me the job of just doing random off-topic bits here and there and thats it. If you filter through my stuff I haven't done anything that does anything regarding waterskiing since my retirement. I talk about basketball or whatever.

Anyways, its obviously because, if you were a part of the live-blog, because the ODBF can't afford to have the ebay piped into the pad and therefor relies on the Rowboat to do heavy lifting. Which I am happy to do.

1) The live blog was fun. Granted there wasn't much outside participation, but, we enjoyed it. Basically it was a long I.M chat convo on a website, but, Mitchell showed up to say hello and, well, what the hell right? Looks as though the ODBF wants to do a bunch more, so hopefully people drop by and say hello.

2) Weekend of college Foot-Ball. Texas Tech was bent over a barrel, and despite what anyone says, Texas should be the second ranked team and Florida should be third. Hope College? Fifth.

Fifth? Yeah, thats the Hope College Waterski Team, give them some helmets and shoulder pads and I will take that over a Sam Bradford Tim Tebow Colt McCoy love child anyday of the week.

4) Chris Berman gets alot of shiz from the intertube crowd, but, its not 1/2 bad sometimes. Yeah, I said it.

5) I aint got no conversations with nobody. - LenDale White.

6) Does anyone else cook dinner, then like, three hours later you are hanging out or whatever and then come back inside and still sort of smell what you cooked and think, "damn, that smells good. I need some leftovers" even if you aren't hungry and you just eat the hell out of what you have left? No? yeah, ugh...me neither.

8) Anyone else hear, purchase, etc, the new Guns and Roses album? I heard some of it online, streamed somewhere, and basically....whatever.

9) The VW commercials with the old school Bug make me want to buy a old school bug, not a damn Routon. Serious. Maybe a GTI....thats about it. those are cool and fast. but, a Caravan in VW clothes? no thanks. A Jetta? I'll pass. A passsssat? No thanks.

10) How fun would it be to run a pass route and have someone like Kurt Warner or Aaron Rodgers or someone throw you a pass? I would saw off your left leg for that.