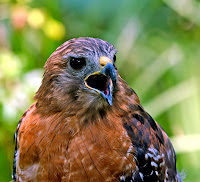 ULM, again, and again, for the third year in a row won the NCWSA Nationals title. ULL placed second, by about 400 points, to secure the runner up status. ULM won the Slalom and Trick portion with ULL winning the jump portion.

Obviously, the football death match to determine the overall waterski domination was ignored.

Congrats to all, have a beer, why not? 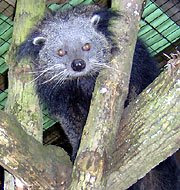 In D2 action the Cincinnati Bearcats (Obviously a vicious creature theme) skied better then Michigan by just under 100 points, to nab the D2 crown.

Cinci was actually behind after both the Slalom and Trick part of the tournament but, made up the difference in the jump portion (well, duh) to win.

That picture actually is a bear cat, whatever it is, the assumption is that they make a sound like, RAAWRRRMEOW!!!

Plus, be sure to check out all the pictures and videos, as Cris noted in the comments of the previous post, Mike and Jeff worked their tails off to get the news, images and video's to those of us sitting on the couch drinking tea and eating flu medicine like an addict.

PS. Check out this article from the East Valley Tribune about the ASU ski team. Pictures are priceless.

PPS. Usa Waterski has an article up as well. Lot more info other then the sounds that bear cats make, however, judging by time the time stamps we totally beat them to it! HAHA!!
By Rowboat Abides at October 18, 2008
Email ThisBlogThis!Share to TwitterShare to FacebookShare to Pinterest
Labels: Nationals, NCWSA, ulm wins again, vicious attack birds