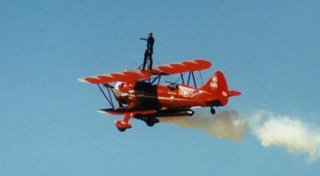 So, here is the deal. We need some money here at the CRB. Not much, just a little change out of your pocket...maybe...ten grand a person should probably cover our needs.

You see, we came across this little skiing oasis project in the Charlotte Observer and decide its time to get our move on. Whats the haps? Well, in the lovely community of Charlotte, North Carolina someone wiser then us is building a waterski community, called Mirror Lake, and its time for you freeloaders to pay up!!

Just kidding. If you are reading this you already rule and are living in the top 1% of all the world.

BUT, a guy named Bob MacLeod is building a 3 million dollar gated waterski community somewhere on the outskirts of Charlotte.

Our main man is a developer and tried this idea earlier in some communist county in North Carolina and was re-buffed by a bunch of inbred-redneck know nothing goons. Undeterred he gave a big Vick finger to that ignorant bunch and went off to greener pastures, and better lakes, in Catawba county. 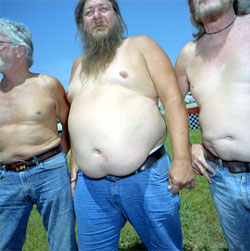 Not pleased with your fucking pansy ass attitude
Thankfully the Catawba county crew is much more refined and interested in something other then a Deliverance rock opera and a Skynard tribute band at "The Pigs Balls" tavern.

But, here is how the deal goes down.

"To maintain placid conditions, only lakefront homeowners will be allowed to use the water for skiing. But MacLeod and Lee believe that just as golf course communities attract nongolfers, Mirror Lake will appeal to buyers simply looking for luxury homes on large lots.

The development will have about 30 acres of common open space, and all residents will be able to use the lake for recreation such as canoeing, paddleboating and fishing."

Thats the ticket boys and girls. None of those morons riding around in circles in Bayliners screwing things up or bleeding heart morons worrying about noise or fish or whatever the hell else people complain about in regards to water skiing.

Dammit!! This is America, and water skiing is done in America!!

And the CRB crew is all about that. Lord knows is hard enough to take a set at normal human hours and not be bombarded by those rogue boat rollers from Skip and his bass boat or David the Junior Vice-President of B.S at Powers Booth Inc taking out a client in his freaking "Suck My Wake" 4-Winns!! 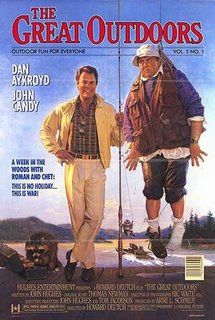 Yo, John Candy is ON the Hook!!
The revolution will not be television people, as nothing relating to waterskiing really is, but we can make a change from a grassroots level. Waterskiing is a sport of the people, for the people and by the people...with money...and boats...and dispposable income...but DAMNIT, this needs to happen!!

Pony up the dough and purchase a lot, build your dream house. The CRB crew will be by in the evening with a bottle of wine and a basket of goodies to welcome you to the neighborhood. We will be the house just down the street near the 500 foot ball, the house with a 67 GTO in the driveway and a beer fridge on the dock.

**Side note 2, if you look at the time stamp it says it was posted on Saturday, well, someone, who we won't mention, forgot to hit the publish button and instead hit the save as draft button. Which is good because it was crap on saturday.**