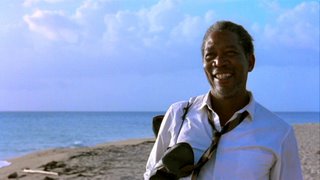 "Hey guys, need a third?"
In the final scenes of the Shawshank Redemption, Red is riding along in the bus as he is heading south of the border to meet up with Andy where they are going to work on a boat and look at the ocean.

Red was bursting at the seems with anticipation and excitement as he prepared for this exciting new phase in a life that he had all but given up on. But, thanks to Andy he is full of hope for what may come.

"I find I'm so excited, I can barely sit still or hold a thought in my head. I think it the excitement only a free man can feel, a free man at the start of a long journey whose conclusion is uncertain. I hope I can make it across the border. I hope to see my friend, and shake his hand. I hope the Pacific is as blue as it has been in my dreams. I hope."

That brings us full circle to our world domination team of Hope College, the Mid-West collegiate regionals is now over and the expected apocalypse of water ski domination didn't come to pass from the Hope College crew. Purdue contiunued to remember that they are Purdue and nabbed first place, while UW-Madison was just a scant 300 or so points behind in second.

But, look close at the standings and you will see the Green Boathouse picked domination crew Hope College claimed 12th place.

Much like Red, they have now embarked on a journey whose future is not known and conclusion is uncertain. But on the road they rumble. 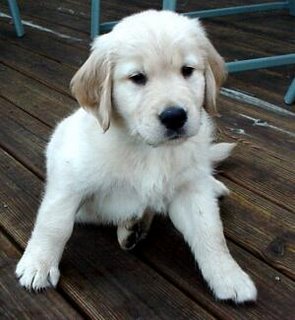 "Psst, yo, I got the hook-up"
Thats right, a newborn puppy barked at me and said that most of the teams that competed breathed a huge sigh of relief knowing that at least for one more year they were able to at least compete. It won't be long until they will have to rename the conference, the division and maybe even the entire ncwsa something like, HWSACS, the Hope Waterski Association of Collegiate Skiers.

But, thats not whats important now, lets do a quick recap of the top three placings in the various different divisions.

I suppose that goes without saying that the Purdue boys kicked some ass here.

Hey Cale, leave some recognition for everyone else! But, here again Purdue takes the top two spots, with Sergio Uribe nabbing first. Cole Kalkbrenner is in the running for the Kurtis Threlkeld award for crazy name. Just an FYI

The 1-2 punch of Purdue again...blah blah blah...Yo! Where is the rest of the team? By the way, I am sure that Brett Mommer never, ever, gets any momma jokes.

Hey look! The top three are big-ten schools and finally Michigan comes to play. However, the Purdue dominance is in effect, while our Hope crew is creeping.

Corynn and Abby are back here in the top three but Christie Madden claims the top spot, but, can you hear the pitter patter of feet behind you?

The gap is closing kids. But, those two Illinois girls ruled. Isn't Cyra some weird color from your crayon box?

So there you have it, five teams from the Mid-West made it to nationals. Purdue, UW-Madison, Illinois, Michigan and Marquette.

Where is Hope? The buzz on the street is deafening, the viral marketing campaigns are in high gear and the long jouney to domination has begun. You heard it here first.