Your Essential Nationals Re-wind and Re-cap 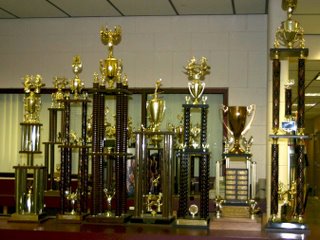 Yea, put that new one over there on the kitchen table or something.

Hey everyone, we just got back from Sac-Town, and let me tell you, our arms are tired!!

That was a really long paddle!!

Thank you, will be here all week!!

Anyways, as you allready know, the University of Louisianna at Layfaette or Monroe won the title this year. Does it really matter? They have swapped the title back and forth more then...well...someone who swaps stuff back and forth from each other.

Right, we get it, you guys are freaking good.

We aren't asking for much, you know, not something major like take a couple years off or anything, but, just hang back for a year or two and somebody like Florida Southern or Arizona State get a taste. 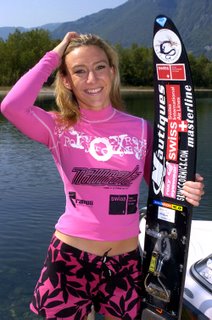 So, ULM won, ULL got second and Florida Southern got third in division one. Thats fine, good for them. Not real suprising, especially if you read our post leading up to nationals in which we totally and accuratly predicted the outcomes.

See? Spot on accurate. If by Spot On we meant not in the right order and by Accurate we meant completely false.

Moving on, in D2, (much love) the always classy San Diego State threw a trident and killed the upstart Marquette Warriors, thereby snaring the top honors in the D2. 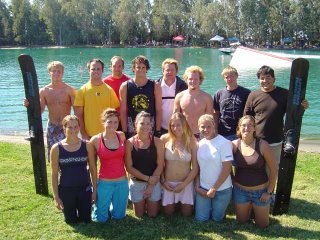 Boy that escalated quickly...I mean that really got out of hand fast!

On a side note, do you ever wonder if people who live in San Diego, or at minimum, people who talk about San Diego, ever get tired of using or hearing Anchorman references?

Great Odin's Raven me either.

But anyways, the Whale Vag denied the human torch the bank loan and took the 500 mile or so trip back south with their pride, which is something to be very proud of when you find yourselves in a vicious cock fight.

Good lord, thats enough of that.

Not real suprising, seeing as we have all ready called for Cale to go pro after collegiate all-stars last year. However, we also told Brody to do the same. But Cale and Felipe are not seniors like Brody and Kole so look for those two cats to hook up again in the future.

Well, well, who would have thunk it? ULM and ULL in the top three. But, they got rolled by our main man Tomlin Wilson. ROLL TIDE!! Oh yeah, Ryan Dodd is a good waterskiier. I am sure he will show up again.

And to whomever decided to "rename" trick skiing, turning it into some wakeboard wannabe (Spice up your life!!) I would think that there may be an inferiority complex. But, probaly not.

Two notes here.
1) Ryan Dodd succesfully defended his title, for the third time. However, in 2004 he jumped 187, in 2005 he went 183 and this year he went 180. Must be getting old!! However, in fairness...and for gods sake, he is freaking good, narrowly missing out on sweeping his collegiate career in jump by placing second in 2003 losing to Tom Asher by one foot at 177. 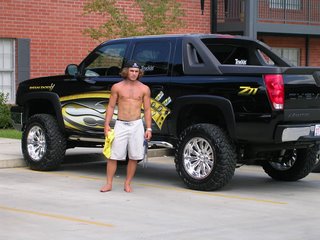 2) While Dodd is a stud, and has evidently jumped 201, I left the class year of the two ULL guys, Stephen and Felipe. A freshman and a sophomore. Shit, watch out for ULL next year. And while we are at it, ULL has the market cornered on long crazy names. Actually, so does ULM. Look at the scores sheet. Turns out those two schools are heavily recruiting for the coveted GBH...or...CRB Trohphy.

Posted the top six just to reinforce what the hell everyone else is up against. Clementine is sick, but, christ the Louisianna teams come in freaking waves. But, also, to emphasize how good Clementine is, look at the names of the girls she beat. Thats not like a couple chicks on a tube behind a Bayliner there. Bennett? Nightingale? Wagner? That shits tight.

So, Clementine Lucine (note: everytime I type that name I think I spell it wrong) is pretty good. Again, Mandy and Danyelle aren't chopped liver, plus, if you have monitored this page close, you would have noticed that a certain member of the CRB crew thinks Bennett is..umm...nevermind. 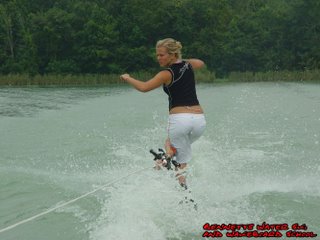 Gratuitous
But, Lucine rocked the house in this event, posting a pending collegiate record of 4570, which would put her ahead of none other then Reginna Jaquess's (pronounced Jaquess) record of 4440 from last years all-stars.

For gods sake, where have all the Katies and Megans gone? These names are hard to spell!!

But, yo, FSC coming on strong!! Natallia is a senior while Alex and Clementine are, what we like to call, not. Watch out for FSC next year. By the way 153, 151 and 145 took the top three spots!! DANG! These girls are sick. In a good way.

Additionally, here is some stats to freaking chew on. To find a girl that didn't go over 100 feet at nationals you have to go down to freaking 18th place! Mel Cyra (the crayon) went 94 feet to place 18th. Are you kidding? Remember when we went all serious about how hard it is to jump far?

To put that in perspective, Natallia's 153 would have placed her 13th in the mens division last year. Placing right ahead of Purdue's stud Cale Burdick with a 152.

Who would then become 15th?

It all comes full circle baby!!

Division 2 later in the week.

Links:
Scores 2006 (NCWSA)
Scores 2005 (NCWSA)
Skifly Thread (Skifly)
plus a bunch of others.
By Rowboat Abides at October 17, 2006
Email ThisBlogThis!Share to TwitterShare to FacebookShare to Pinterest
Labels: Collegiate, Tournament